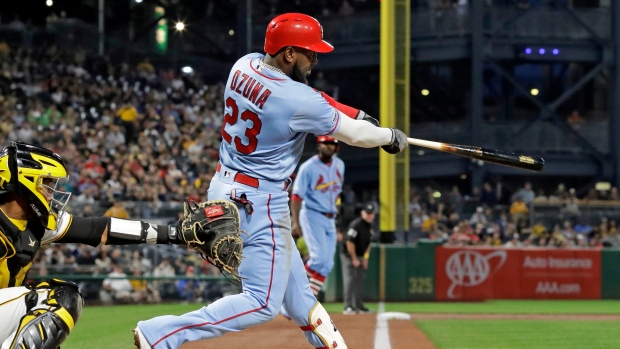 SCOTTSDALE, Ariz. — If you’re sitting there thinking the baseball media in Toronto is starting to sound like a broken record by repeatedly stating pitching is what the Blue Jays are after this winter, you are not wrong.

But neither are we.

It’s priority one, two and three on the shopping list for a reason, and it’s something that has to be fixed for this club to get back to being a fringe wild-card contender, let alone any sort legit World Series contender.

Ross Atkins even admitted Tuesday at the 2019 MLB GM Meetings that they’ll look to take care of the pitching side first and be willing to wait on position players.

“First and foremost, for us, we want to make sure we address every pitching need, every pitching opportunity and consider that before we lunge at the position player market,” the Blue Jays GM said. “Pitching could impact our financial flexibility.

“It doesn’t mean we won’t acquire a position player before we move on several pitchers, but understanding the (pitching) market to the best of our ability and being a little bit more patient on the position player front is going to be our strategy.”

Some seem to think the position player group is set, the lineup is stacked, and improvements aren’t needed elsewhere on the roster.

Yes, the 2020 infield of Vladimir Guerrero Jr., Bo Bichette and Cavan Biggio seems 75 per cent set, and the backstop duo of Danny Jansen and Reese McGuire is intriguing, but standing pat in baseball is a great way to get passed by.

Just take one look at what the Oakland A’s and Tampa Bay Rays do annually, shuffling core pieces around, engineering creative trades from surplus, and maximizing the roster.

The Blue Jays need to be that.

The one major difference?

They have the resources to keep their young players when extensions are needed, as well as the ability to spend much more money on veteran free-agent help.

That’s the thinking behind the potential availability of Lourdes Gurriel Jr., with multiple sources mentioning the Blue Jays could be open to dealing the 26-year-old if the right trade presented itself, likely in the form of a young, cost-controlled starter.

The thinking behind it is simple.

While Gurriel’s bat definitely has some pop and he transitioned well to his full-time outfield role this season, if he can help fill a gaping rotation hole it has to be a consideration.

It’s much easier – and, in many cases, cheaper – to fill outfield holes on the free-agent market and use some of the positional talent you’ve developed to trade for pitching than it is to go out and try to lure a Zack Wheeler to Toronto with $100 million in cold, hard cash.

As atrocious as the pitching was in 2019, let’s not forget the Blue Jays were 12th out of 15 teams in runs scored in the American League, averaging 4.5 runs per game.

It did get better in the second half – they were ninth in the AL in runs scored after the all-star break – and it’s easy to factor in a whole lot of improvement from young players, but the lineup is far from a finished product and way off from competing with the deep Astros, Yankees and Red Sox.

After I took a look at 10 arms the Jays could target in free agency, let’s walk through 10 potential bats that could fit.

Ozuna was loosely connected to the Jays back at the winter meetings in 2017, but he was instead shipped to the St. Louis Cardinals in exchange for four prospects.

Two years and a combined 5.4 fWAR later, Ozuna hits the free-agent market at the age of 29 and, once again, the Jays have been loosely connected early on in free agency.

At this point, it’s tough to see a fit with Gurriel in left field and Randal Grichuk and his new contract extension in right field.

Ozuna is strictly a left fielder, so there would likely be some dominoes falling for this to happen, especially with a qualifying offer and draft-pick compensation attached.

If the Jays did sign Ozuna, they’d have to give up their 2020 second-round pick and $500,000 in international bonus pool money. Factor in the contract, and it’s a steep price to pay. But it’s clear he’s a Jays’ type of bat and that 5.0 fWAR 2017 evidence of massive upside. 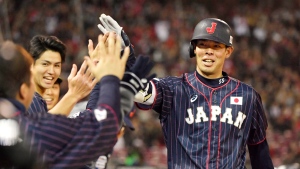 The centre field spot is a massive hole for the Blue Jays, both short and long term.

In a market lacking legitimate centre fielders, Akiyama coming over as a free agent from Japan – he’s already 31 so he’s not subject to the posting system – adds a player most believe can patrol the middle of the outfield.

He’s also got some speed and a pretty good walk rate, combined with modest strikeout totals.

He could be Nori Aoki, which isn’t overly exciting, but there’s an element of unknown upside.

Unlike Akiyama, the 28-year-old Tsutsugo is subject to the posting system, and that hasn’t officially happened yet.

When it does, it seems to be shaping up as an interesting market for the left-hander slugger, potentially led by the New York Yankees as Tsutsugo grew up watching Hideki Matsui.

With 139 home runs over the last four seasons with the Yokohama BayStars, there’s obvious power and he also holds a career on-base percentage of .382, but the glove might be a problem.

Reports have called him a below-average outfielder and that’s where he spent most of his time in Japan, so his ultimate destination might be first base or DH. 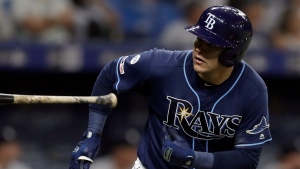 A nice bargain signing for the Tampa Bay Rays in January on a one-year deal, Garcia hit 20 homers, stole 10 bases and became a nice mix-and-match piece in the outfield for manager Kevin Cash.

He could end up being a bargain or a bust.

Like Ozuna, there doesn’t seem to be an obvious fit without other moves.

Injuries were an issue for Dickerson in 2019, but he was still able to post a .304/.341/.565 slash line with 12 bombs in 78 games split between the Pittsburgh Pirates and Philadelphia Phillies.

His .286 career batting average shows he’s hit where ever he’s been, and the lefty swinger has crushed right-handers his entire career.

Defensively, he’s limited to left field, so once again it will take some shuffling. 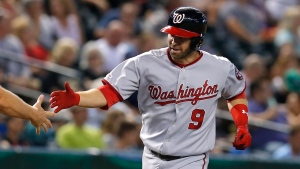 There’s no obvious need in the infield outside of first base currently, but the Jays could get creative because of Cavan Biggio’s versatility.

The Jays allowed Biggio to get comfortable at second base when he arrived in the big leagues, giving him 84 starts there, eight in the outfield, and two at first base.

A one-year deal to see if he can possibly recapture some of that magic – he still posted a .771 OPS this season – might not be the worst buy-low move, and it would take advantage of Biggio’s valuable versatility.

This is my favourite buy-low opportunity on the list.

One of the most productive second basemen in baseball over the 2017 and 2018 campaigns with 50 total homers and a combined .859 OPS, Gennett went in the tank this season and Cincinnati traded him to San Francisco, who ended up releasing him in August.

Gennett’s likely going to seek a one-year deal to see if he can rebuild his value, and the fact he’s also dabbled at third base and the outfield makes him an attractive super-utility option at the age of 29. 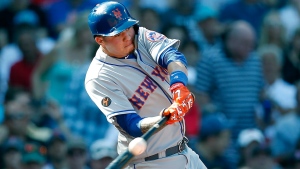 With his $6 million option declined by the Arizona Diamondbacks, Flores hits the open market at the age of 28 and coming off a season that saw him slash .317/.361/.487 with nine homers in 285 plate appearances.

For his career, he has a 101 wRC+, showing he’s been a capable league-average hitter who doesn’t strike out much.

The problem is the doesn’t really have a defensive home and there isn’t much power, but he’s played first base, second base and the hot corner quite regularly in his career.

Another name that isn’t going to excite anyone outside of the Frazier family, the allure for the Blue Jays here is that the veteran comes with a solid defensive reputation at third base, where he could spell Vladimir Guerrero Jr., but he’d be brought in as a first base option.

Even though he’ll turn 34 in February and hasn’t played much first base since 2014 with the Cincinnati Reds, there’s still some pop in his bat and there’s more versatility than Justin Smoak, who’s a better defender at first base than Frazier.

There just aren’t many exciting first base options on the free-agent market this winter. 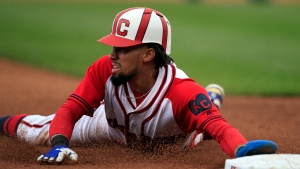 Because I’m not going to put bigger names that are unrealistic on the list just for the sake of it, we’re down into real flier territory now.

If the Jays are interested in Hamilton, it’s as a fourth outfielder and he should be nowhere near a starting lineup with his light bat, but he’s an excellent defensive centre fielder – plus-7 Defensive Runs Saved in 2019 – with a ton of speed, and can likely be had on a minor-league deal for his age-29 season.