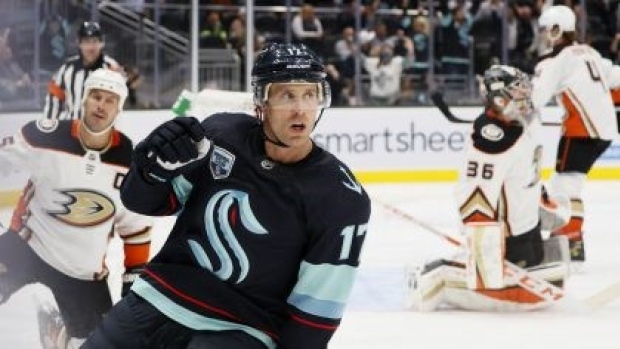 The Seattle Kraken announced on Thursday that they will be without the services of Jaden Schwartz with a hand injury.

The 29-year-old centre is expected to miss the next four to six weeks.

#SeaKraken forward Jaden Schwartz will have surgery on his hand. He is expected to be sidelined for four to six weeks.

Schwartz hasn't played since a Dec. 29 3-2 loss to the Philadelphia Flyers.

A native of Wilcox, Sask., Schwartz has appeared in 29 games for the Kraken this season, scoring six goals and adding 14 assists.

Originally taken with the 14th overall pick of the 2010 NHL Entry Draft out of the United States Hockey League's Tri-Cities Storm, Schwartz spent the first 10 seasons of his career with the St. Louis Blues, winning the Stanley Cup in 2019.

Schwartz is in the first season of a five-year, $27.5 million deal signed with the Kraken in the offseason.