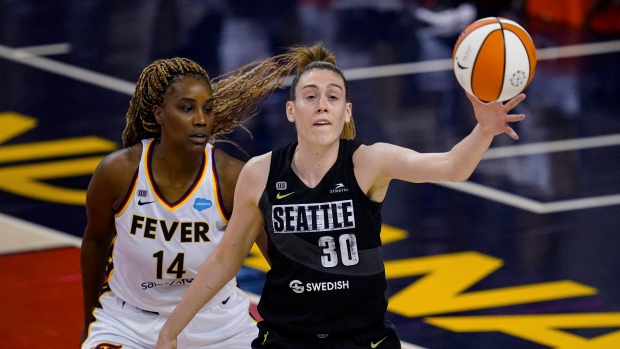 Stewart scored 14 points with nine rebounds in the first half and Loyd added 10 points to help Seattle build a 41-33 lead.