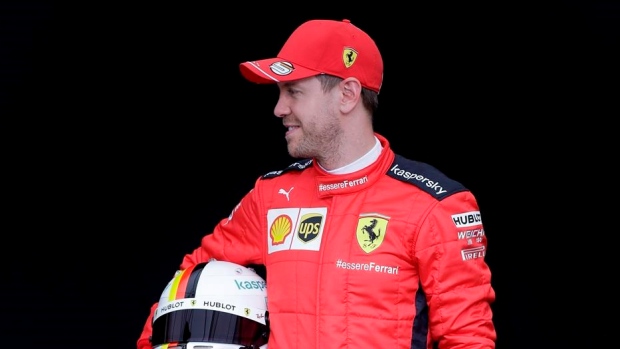 Vettel had already been linked to the soon-to-be re-branded team, and the formal announcement came one day after Sergio Perez confirmed he'd be leaving the team.

The 33-year-old's time with Ferrari will come to an end after this season, with McLaren’s Carlos Sainz previously being announced as his replacement.

CONFIRMED: Four-time @F1 World Champion Sebastian Vettel signs up for 2021 and beyond 🖋️

“I am pleased to finally share this exciting news about my future. I’m extremely proud to say that I will become an Aston Martin driver in 2021," Vettel said. "It’s a new adventure for me with a truly legendary car company. I have been impressed with the results the team has achieved this year and I believe the future looks even brighter.

"The energy and commitment of Lawrence [Stroll] to the sport is inspiring and I believe we can build something very special together. I still have so much love for Formula 1 and my only motivation is to race at the front of the grid. To do so with Aston Martin will be a huge privilege.”

Racing Point's other driver is Canadian Lance Stroll, the son of co-owner Lawrence Stroll, who is keeping his seat for next season.