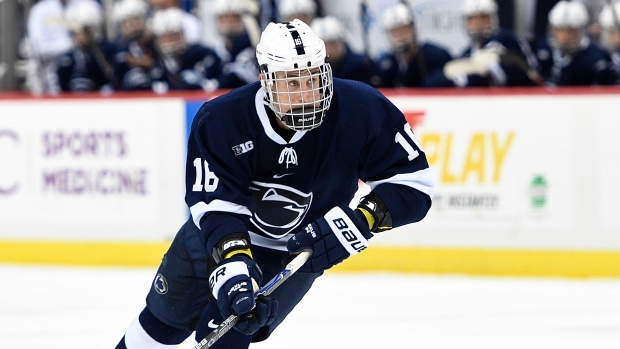 Sturtz, 23, led the NCAA's Penn State University Nittany Lions in scoring during his junior season with 40 points, including 14 goals.

Over three college seasons, the five-foot-eight, 185-pound native of Buffalo, N.Y., scored 54 goals and recorded 104 points in 111 career games. His 54 career goals leave him as the all-time leading goal scorer in the program's history.

"Andrew is a player whom we identified as someone we were interested in for some time," Senators general manager Pierre Dorion said in a release. "He is a skilled, competitive player who can play both centre and the wing. He's not only talented, but the type of character player we are looking for. He'll graduate from Penn State in only three years and we look forward to having him in camp next season."