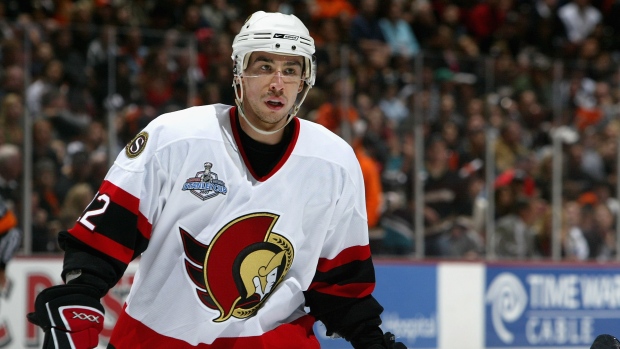 The Ottawa Senators have signed forward Chris Kelly to a one-year, $900,000 contract.

“We are excited to welcome Chris back to Ottawa,” said Senators general manager Pierre Dorion. “In our evaluation of our roster we felt that we needed to add another player with the ability to succeed in close situations and on the penalty kill. Chris will be able to contribute to both of those while adding another accomplished leader to our group. He understands the type of commitment that is necessary to play at a championship level.”

Kelly returns to the team in which he began his career after having played his first 463 NHL games with the Senators. He registered 75 goals, 101 assists and 249 penalty minutes over that span and was a member of the 2007 Ottawa team that made the franchise’s only appearance in the Stanley Cup Final.

Kelly was traded to Boston on Feb. 11, 2011, in exchange for the Bruins’ second-round pick in the 2011 NHL Draft (Shane Prince, drafted 61st overall). Over five-plus seasons with the Bruins, he recorded 101 points, including 43 goals, in 288 games. Kelly won a Stanley Cup with the Bruins in 2011 and appeared in the Final when Boston was defeated by the Chicago Blackhawks in 2013.