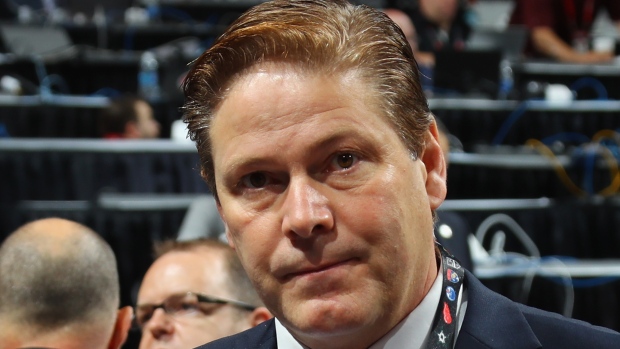 BUFFALO, N.Y. — Ottawa Senators assistant general manager Randy Lee can return to Canada after pleading not guilty to allegations he made lewd comments and rubbed the shoulders of a 19-year-old hotel shuttle driver while in Buffalo for the NHL combine.

Neither Lee nor his lawyer commented after the hearing Monday in Buffalo City Court.

Lee was required to surrender his passport after the arrest last week on a second-degree harassment charge. The alleged incident happened May 30 following an NHL event.

Lee faces a fine and up to 15 days in jail if found guilty of the violation. Erie County District Attorney John Flynn has said he doesn't expect to pursue jail time.

Lee has spent 23 seasons with the Senators and just completed his fourth as assistant GM.