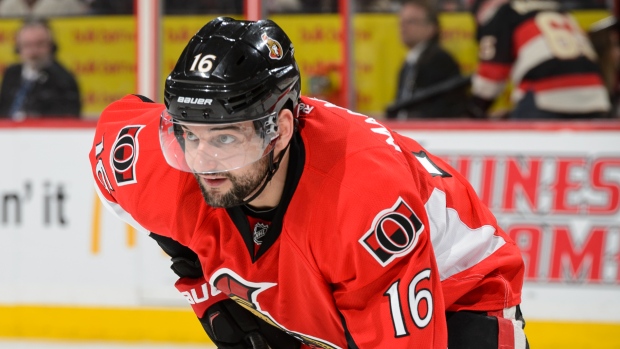 MacArthur took a hard hit from New York Rangers captain Ryan McDonagh late in the first period. He played two shifts in the second before exiting for good.

After the game, head coach Guy Boucher said the 32-year-old aggravated an undisclosed upper-body injury from Game 1, but was already feeling better after the 6-5 double-overtime win and was listed as day-to-day.

It wasn't clear if MacArthur had a recurrence of concussion problems which kept him out of the Ottawa lineup for most of the past two seasons. He returned to the Senators lineup on April 4 after sitting out the previous 18 months.

The Lloydminster, Alta., native scored the series-deciding Game 6 overtime winner in the first round against Boston.