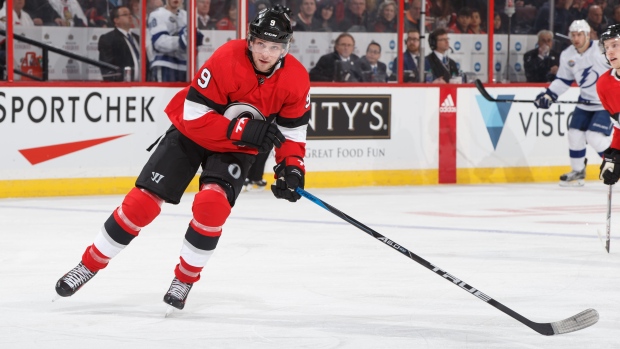 Leading up to the trade deadline in February, it was believed the Ottawa Senators were willing to limit their return for Erik Karlsson in order to move Bobby Ryan's massive contract in the deal.

TSN Hockey Insider Darren Dreger told TSN 1050 Radio Toronto on Thursday that one team was told they wouldn't receive a discount for taking back Ryan while negotiating a Karlsson trade this week.

"Vegas sources indicating that Ottawa wouldn't put a value on taking the Ryan contract," Dreger said. "Ottawa's perspective was, 'No, you're getting a decent NHL player here who happens to have an ugly contract. But it's a hockey trade.'"

The Golden Knights were believed to be close to acquiring Karlsson and Ryan at the trade deadline in February. In fact, Ryan said in the following days that he and Karlsson both believed that they would be dealt to a Western Conference team before the deadline.

Dreger noted the Golden Knights disagreed with the Sens' argument on Ryan's value. The Golden Knights are one of few teams who could've afforded to take on Ryan's $7.25 million cap hit through 2021-22 in addition to Karlsson's $6.5 million salary this year.

The Sharks were left with just $1.7 million in cap space after acquiring Karlsson on Thursday, per CapFriendly.