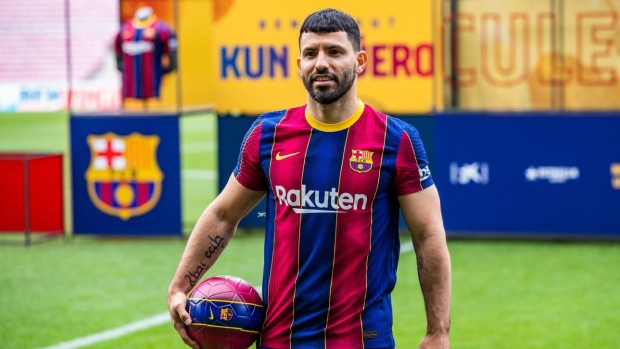 BARCELONA, Spain (AP) — Barcelona striker Sergio Aguero will make an announcement about his future on Wednesday.

Aguero hasn't played since undergoing heart tests after complaining of feeling unwell during a match against Alaves in the Spanish league on Oct. 30.

Aguero joined Barcelona in the offseason after 10 years at Manchester City, where he scored a club-record 260 goals and became a great of the English game. He was previously at Atletico Madrid.

The Argentina international has played five games for Barcelona.