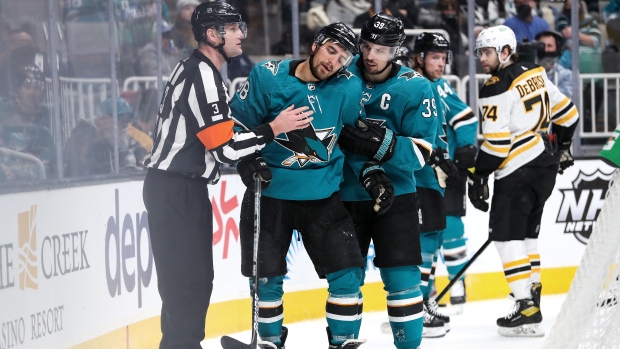 San Jose Sharks defenceman Mario Ferraro will miss the next 6-8 weeks after undergoing surgery to repair a fracture in his lower left fibula, the team announced on Sunday.

Ferraro was injured Saturday night in the second period of a 3-1 loss to the Boston Bruins after being pushed awkwardly into the boards by Boston’s Taylor Hall. Hall received a penalty for interference.

The 23-year-old native of Toronto has tallied two goals and nine assists over 48 games with the Sharks in 2021-22, his third season in San Jose.