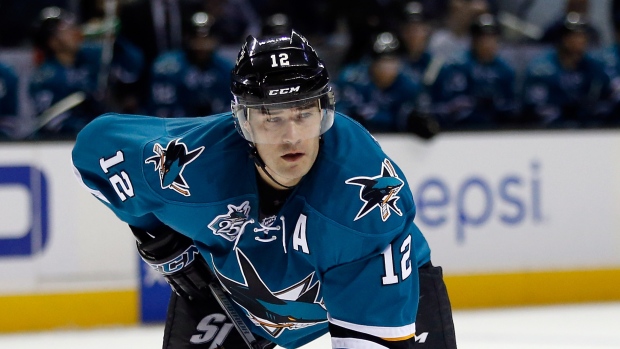 Of all the Patrick Marleau trade rumours and reports - and there have been many over the years - the latest comes with a twist.

This time, the 36-year-old Sharks' forward appears to be driving the bus that could be headed out of San Jose. Multiple sources tell TSN that as early as training camp, certainly by the start of the regular season, Marleau indicated to the Sharks that he would look favourably on a trade to an approved team.

The Marleau story picked up steam Tuesday when CSNBayarea.com's Kevin Kurz reported prior to the San Jose-New York Islanders game that the 19-year Shark is prepared to waive his no-trade clause to go to three teams: Anaheim, Los Angeles and the New York Rangers.

The possibility of Marleau's name being "out there" was first reported Saturday by Hockey Night in Canada's Elliotte Friedman.

Some NHL executives expressed surprise last night the story had not come to light sooner.

After last year's trade deadline, Sharks' GM Doug Wilson said he had not asked Marleau or Joe Thornton - both former San Jose captains - to waive their no-trade clauses, nor would he unless they made the requests.

It's a fascinating dynamic given the three teams Marleau would waive for.

California rivals Anaheim and Los Angeles are not traditional trading partners for the Sharks. The Kings could have interest in Marleau, but would have difficulty fitting him under their salary cap. Marleau has two seasons, this year and next, on a $6.7-million cap hit contract.

Reports out of Anaheim suggest it would also be a difficult deal for the Ducks. The Rangers, meanwhile, have not shown significant interest in Marleau to this point and would also have salary cap complications if they did.

There is unconfirmed talk that Marleau's list of potential destinations could be expanded - if it hasn't already. Some NHL executives have speculated Chicago and Nashville could also be approved teams

It's worth noting that Marleau recently retained Los Angeles-based player agent Pat Brisson. Also worth noting is that Brisson helped facilitate a trade for Roberto Luongo from Vancouver to Florida in March, 2014, shortly after being retained by the then-Canucks' goalie. Luongo was the subject of long-term trade speculation but a deal was thought to be very difficult to complete because of his contract.

In the meantime, Marleau, who has four goals and nine points in 15 games this season, is staying in the moment.

"My job is to play hockey - for the Sharks - and that's what I intend to do, and that is where my focus is," Marleau told TSN Hockey Insider Pierre LeBrun via text message. "We need to win games here in San Jose, starting with Friday against Detroit.‎"