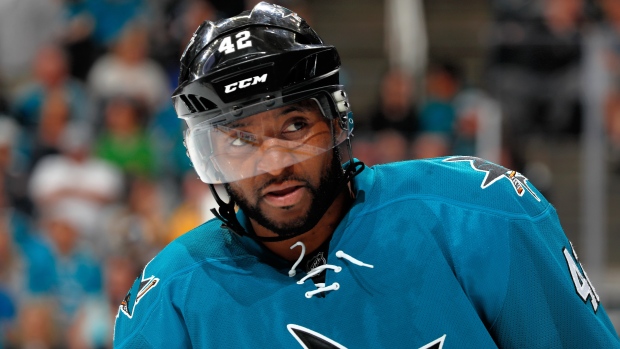 The San Jose Sharks have made forward Joel Ward available for trades ahead of Monday's deadline, according to TSN Hockey Insider Darren Dreger.

Joel Ward hits trade market. SJ has asked for his no trade list. Ward can block 6 teams. List will be submitted within 24 hrs. Good vet.

The 37-year-old Ward, is in his third season with the Sharks. Besides the San Jose, Ward has also played for the Minnesota Wild, Nashville Predators and Washington Capitals in his career.

He has six goals and five assists in 46 games this season, and has 133 goals and 170 assists for his career.