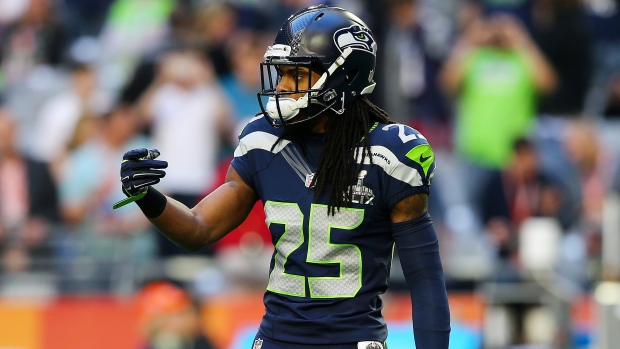 RENTON, Wash. - Seattle Seahawks cornerback Richard Sherman will wait until after the birth of his son to make a decision on how to move forward with his injured left elbow, according to coach Pete Carroll.

On his radio show on the team's flagship station Tuesday morning, Carroll said that he may have been misled on what type of surgery Sherman might need to repair the ligament damage in his elbow suffered in the NFC championship game.

Carroll said a day earlier, before the Seahawks left Arizona following their 28-24 loss to New England in the Super Bowl, that Tommy John surgery was likely for the All-Pro cornerback.

Sherman was not in the Seahawks locker room as players cleaned out their lockers Tuesday.