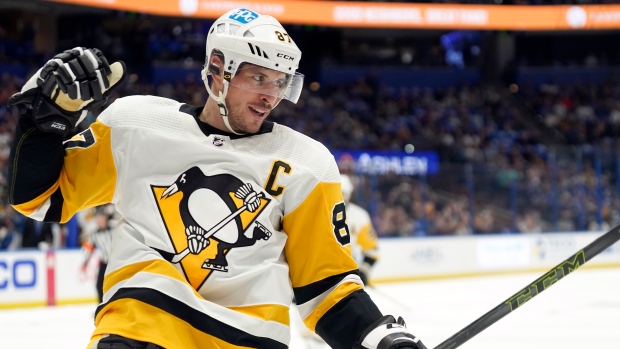 A three-time Ted Lindsay Award winner, Crosby has 31 goals and 84 points in 68 games this season with the Penguins, who have clinched a playoff berth for the 15th straight season.

McDavid, however, edged Crosby as players were asked "If you need to win one game, who is the one skater you would want on your team?" The Oilers star received 42.4 per cent of the vote in the category, well ahead of Crosby, who was second at 17.3 per cent.

Despite missing most of this season due to injury, it's clear Montreal Canadiens star Carey Price still has the trust of many players. Price finished in second in voting as players were asked "If you need to win one game, who is the one goalie you would want on your team?"

One game on the line?

There is only one Andrei Vasilevskiy – and the players voted the @TBLightning netminder as the one they would most want in net! #NHLPAPlayerPoll pic.twitter.com/c29W4Txvf4

Oilers forward Leon Draisaitl was voted the league's best passer in the poll, receiving 17.7 per cent of all votes to beat out Patrick Kane (15.6 per cent), Nicklas Backstrom (15.4 per cent), McDavid (10.6 per cent) and Nikita Kucherov (6.2 per cent).