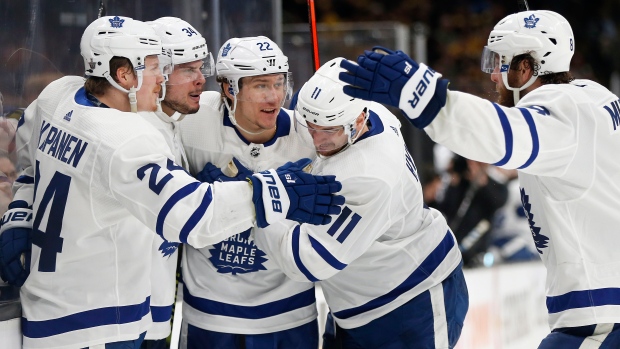 Toronto Maple Leafs defenceman Nikita Zaitsev requested a trade out of Toronto on May 30. If you’re wondering why he hasn’t been moved yet, a contributing factor is a $3 million signing bonus owed to him on July 1.

Although the five years left on Zaitsev’s deal with an average annual value of $4.5 million might be harsh for teams to digest, the average salary remaining on his deal drops to $3.9 million per year for the team acquiring the Russian defenceman after July 1. For a budget team looking to reach the cap floor, paying Zaitsev a base of $1.5 million in salary for the 2019-20 season becomes a more attractive proposition.

With the 2019-20 salary cap coming in at a lower-than-expected $81.5 million, many teams are facing a cap crunch and may have to wait until July 1 or later to make their moves, when signing bonuses present significant fiscal bargains to teams with cap space.

The Maple Leafs have been down this road before.

On June 20, 2016, the team acquired Frederik Andersen from the Anaheim Ducks in exchange for the 30th pick in the 2016 draft and a second-round pick in 2017. The Maple Leafs had a new No. 1 goalie while their former starter, Jonathan Bernier, was still on the roster with a cap hit  of $4.1 million.

The Maple Leafs were able to move Bernier via trade to Anaheim on July 8, 2016, in exchange for a conditional draft pick (the conditions were never met and Toronto received nothing in return). The trade essentially became an add-on to the Andersen trade made more than two weeks prior, but the Ducks only paid Bernier $2.15 million in salary as Toronto paid $2 million of his total remuneration as a bonus on July 1, 2016.

On July 3, 2018, Toronto traded forward Matt Martin to the New York Islanders for goalie prospect Eamon McAdam. Although Martin carried a cap hit of $2.5 million, the trade became attractive to New York after the Leafs paid Martin’s $1.5 million signing bonus two days prior. The Islanders got a player they felt was still useful by only paying him a total of $2.5 million for two seasons, a 50 per cent discount.

The Maple Leafs haven’t been shy about showing the money to their players up front in contract negotiations. They are the NHL’s runaway leader when it comes to handing out contracts with signing bonuses. Eight Toronto players will receive a total of $47.03 million in signing-bonus money on July 1.

It’s a contract structure that is growing in popularity for elite players across the league. With a potential work stoppage looming next year and uncertainty in pay due to escrow payments, signing bonuses have become a sweetener players demand in their contracts. Before the puck drops to start next season, 94 players on standard-player contracts (SPC) will receive a total of more than $283 million from 26 teams in signing bonus compensation.

The collective bargaining agreement (CBA) has no restriction on signing bonuses handed out in SPC’s and the limit on how much a player can earn in bonus money is loose:

When the Maple Leafs successfully landed free agent centre John Tavares last July 1, his seven-year, $77 million contract came with an unprecedented first-year signing bonus. He was given the maximum $15.25 million on the day of signing, along with a $650,000 base salary. His total gross take for the year was $15.9 million, which satisfies both CBA conditions stated above, setting a record 95.9 per cent of his total salary for the year coming by way of an upfront signing bonus.

The Leafs used the same mechanism when they signed star centre Auston Matthews to a five-year, $58.17 million contract extension on Feb 5. However, since the minimum salary for 2019-20 has been set at $700,000, Matthews’ signing bonus for July 1 is maxed out at $15.2 million.

These three contracts separated the Maple Leafs from the rest of the pack in signing bonuses as they showed another way to flex their financial muscle in a salary cap world.

Stew Gavin, a former NHLer and the founder of Gavin Hockey Wealth, a firm that manages portfolios for former and current NHL players, says the trend of upfront cash doesn’t surprise him given the various benefits.

“If you can get 90 per cent-plus of your compensation on Day 1 of the season or the hockey year, you can deploy that and have that money sooner and have the time value that comes with it,” Gavin said. “The other thing, too, is in the event of a lockout, the signing bonus is payable, so it protects you from a lockout. You get your money upfront; you get the certainty in the event of a work stoppage and/or a buyout. So those are three really compelling reasons.”

While restricted free agent Mitch Marner and the Maple Leafs continue their contract stalemate over term and average annual value, the Leafs have shown their financial strength with signing bonuses. If they get a deal done, expect another huge bonus. Marner’s first year signing bonus can max out at $15.6 million with a base pay of $700,000. What the rest of the contract looks like is up to them.