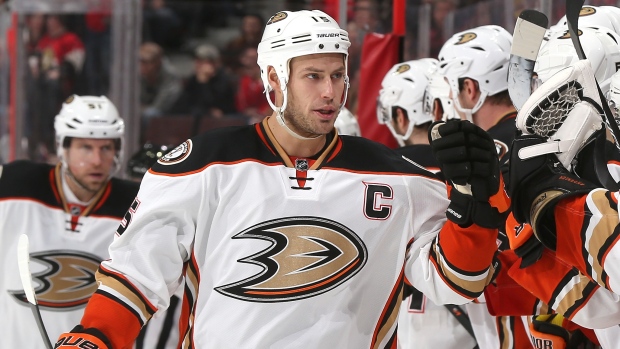 TORONTO - The Stanley Cup is headed to Anaheim this season, according to a video game simulation of the NHL season.

EA Sports says its "NHL 16" simulation has the Ducks winning the Presidents' Trophy, symbolic of the best regular-season record, and then defeating the Montreal Canadiens in the Cup final. Anaheim forward Corey Perry claims the Conn Smythe Trophy as playoff MVP.

The Ducks defeat the Minnesota Wild in the Western Conference final while the Habs dispatch the Pittsburgh Penguins in the East final.

EA, which develops the hockey video game in suburban Vancouver, had the Los Angeles Kings winning the Cup last season in its pre-season simulation and the St. Louis Blues the year before that.

The new simulation has the Buffalo Sabres, who finished last in the 2014-15 standings, missing out on the playoffs by just two points. The Los Angeles Kings make it back to the post-season only to lose in seven games to the Calgary Flames in the first round.

Edmonton's Connor McDavid is named top rookie after finishing in the top 15 in scoring.