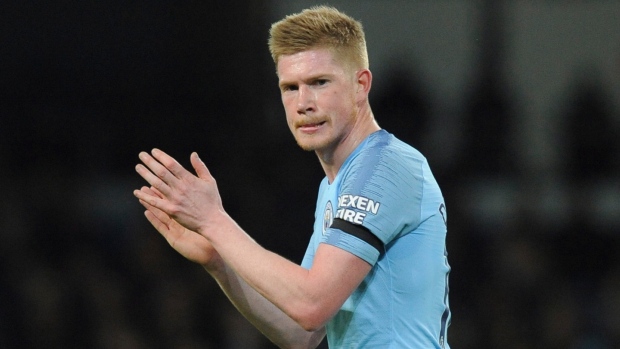 To no surprise, the best team in the Premier League last season has the greatest representation in the PFA Team of the Year.

Midfielders Kevin De Bruyne, the lone holdover from the 2019-2020 team, and Ilkay Gundogan are joined by defenders Ruben Dias, Joao Cancelo and John Stones, as well as goalkeeper Ederson.

The remaining five players come from only three other teams.

The team was selected by members of the Professional Footballers' Association, the Premier League players' union.