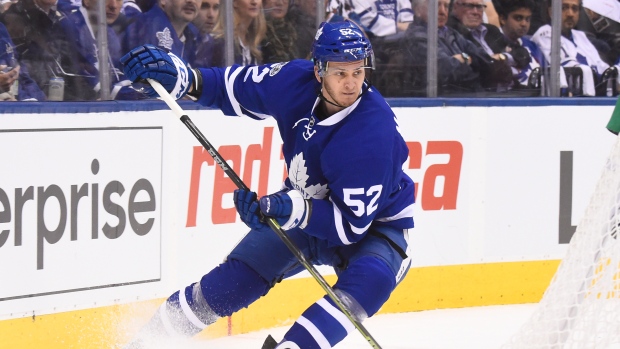 Former Toronto Maple Leafs defenceman Martin Marincin was among the players named to Team Slovakia for the 2022 Winter Olympics on Tuesday.

Marincin, who spent parts of five seasons with the Maple Leafs, is currently playing with Trinec Ocelari HC in Czechia. He has four goals and 13 points in 32 games this season after posting one goal and five points in 14 games with the AHL's Toronto Marlies last season.

Slovakia was eliminated in the qualification playoffs at both PyeongChang 2018 and Sochi 2014. The country reached the bronze-medal game at Vancouver 2010, but were defeated by Finland, 5-3.