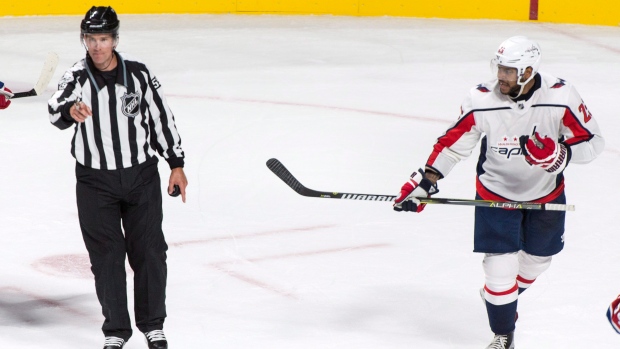 Washington Capitals forward Devante Smith-Pelly went unclaimed on waivers on Thursday, clearing room for the Capitals to add Carl Hagelin in a trade with the Los Angeles Kings.

A team spokesperson said Wednesday Dmitrij Jaskin missed practice because he would be waived at noon ET, but Smith-Pelly was then pulled off the ice at the team's skate and put on waivers instead.

Head coach Todd Reirden said the team "changed their mind," though TSN Hockey Insider Bob McKenzie said the move was likely made in anticipation of a trade and Hagelin was acquired just half an hour after Smith-Pelly cleared on Thursday.

Smith-Pelly is a pending unrestricted free agent and carries a $1 million cap hit. Moving him to the minors allowed the Capitals to take on Hagelin's $1.875 million cap hit, with the Kings retaining half of his salary and the Penguins already retaining $250,000.

The 26-year-old has four goals and eight points in 54 games this season. According to reports, he was benched in the preseason due to conditioning.