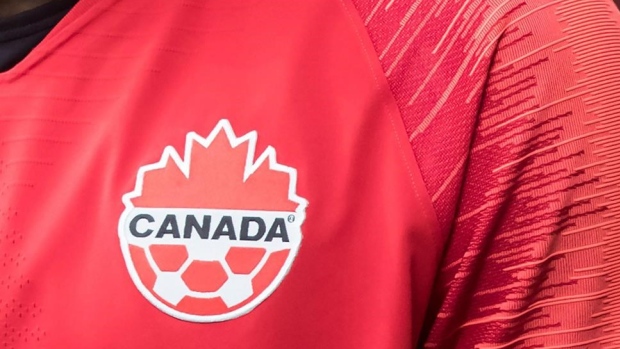 After making her senior debut Nov. 7 against Brazil, 15-year-old Olivia Smith is back with her peers as the Canadian under-17 team prepares for next year's CONCACAF U-17 Championship.

Coach Rhian Wilkinson has Smith and 19 others in camp in Mexico City. The young Canadians play friendlies against their Mexican counterparts on Friday and Sunday.

Smith, at 15 years three months, became the youngest to play for the senior women's team when she came off the bench in the 86th minute of a 4-0 loss to Brazil at a tournament in China. The winger/forward from Whitby, Ont., won a second cap three days later when she was introduced in the 83rd minute of a 3-0 win over New Zealand.

Wilkinson is no stranger to Smith, having coached her at the year's 2018 CONCACAF Girls' Under-15 Championship where the Canadians finished fifth with a 3-1-0 record.

Wilkinson, while wary of forecasting potential, calls Smith a "special player" who has taken on a leadership role in returning to the youth ranks.

"Definitely she leads the charge," Wilkinson, who won 181 caps for Canada during a distinguished playing career, said from Mexico City. "She's got something very special about her. And her future will be very bright if she continues to do what she's doing.

"Potential is a fluffy word," she added. "A lot of people have it and not many people actually live up to it."

Smith is one of five players born in 2004 at the Canada camp. There are three with 2005 birth years: goalkeeper Leah Parsons and defenders Nyah Rose and Nyema Ingleton.

"All three are physically very mature. They're also mature characters ... They fit in very well," said Wilkinson. "They are raising their levels, they're all pushing."

Nyah Rose is the younger sister of Jade Rose, a Canadian youth player who has been called up to two senior camps but has yet to win a cap.

Wilkinson likes what she sees from her young charges, nine of whom were at the CONCACAF Under-15 Championship.

"They're exceptional young players," she said. "Technically it's embarrassing to think where I would have been at this age. They really are light years ahead of anything I was near.

"More importantly — and something I value very highly, probably above talent — is their character. I want the experience when you play for Canada to be an incredibly positive one. I will be judged and I will judge myself on how many of these players continue along their own journey and then end up playing for the senior team. And to do that, they've really got to invest in themselves and in our program."

The CONCACAF U-17 Championship is expected in the spring with three teams progressing to the FIFA U-17 Women's World Cup, scheduled for Nov. 2-21 in India

Canada is one of only six countries to have qualified for every edition of the FIFA U-17 Women's World Cup since its launch in 2008, alongside Germany, Ghana, Japan, New Zealand and North Korea.

Wilkinson led Canada to a fourth-place finish at the 2018 tournament in Uruguay. It marked Canada's best finish at the event, bettering quarterfinal showings in 2008, 2012 and 2014.

And it ranks as Canada's second-best showing at a FIFA championship, matching the fourth place that Wilkinson was part of as a player at the 2003 Women's World Cup.

The only Canadian team to do better — male or female — is the 2002 squad featuring a 19-year-old Christine Sinclair that finished runner-up to the U.S. at the U-19 Women's World Championship on Canadian soil.