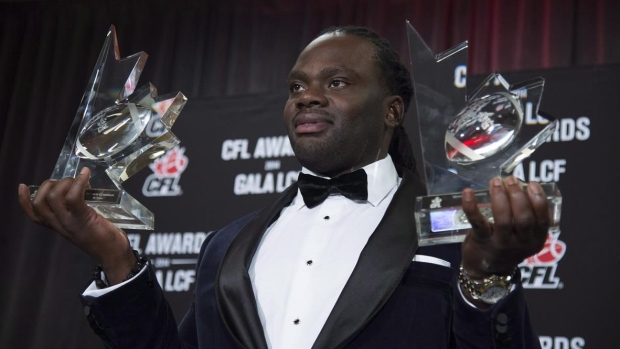 I learned early in my football life that people would doubt me and that I would have to overcome.

That’s really what my football journey has been about.

Right from my days growing up in Los Angeles, where I was considered too small to play college football, to my final season in the CFL, where I was a West Division all-star in Saskatchewan after some people thought I was done following nine years with the BC Lions.

I’m retiring from professional football at age 34 as a four-time CFL all-star, 2010 CFL Rookie of the Year, a two-time Defensive Player of the Year and the only defensive player ever be named the league’s Most Outstanding Player.

People say I played the game angry and they were right.

No doubt I played with a chip on my shoulder, one that began at Crenshaw High School. I was named Defensive Player of the Year but was ignored by virtually every Division I football program because I was undersized for my position at less than six-feet tall.

My only scholarship opportunity came from Hawaii, the school where my older brother, Abe, had played.

He put in a good word with then-Hawaii coach June Jones, who would later go on to coach the Hamilton Tiger-Cats during the latter stages of my career. Jones trusted my brother so much he just said to me , “I’ve heard about you and I don’t need to watch film.”

That’s how I got to Hawaii, where I made the most of my opportunity. I started in my first season and became a freshman All-American. In my final season I was Co-Defensive Player of the Year in the  Western Athletic Conference and left the Rainbow Warriors as the team’s all-time leading tackler.

I admit that all through college I was thinking about those who didn’t believe I could play at that level, much less have this kind of success. It was part of what drove me, game in and game out.

My only NFL opportunity after college came in 2009 with the Buffalo Bills, where I was released at the end of training camp.

I went home and I can remember waking up every day and training. No teams were calling, but in my mind I had to be ready for a call. Even my agent at that time stopped talking to me, thinking my career was over.

The Lions were holding a camp in L.A. Their top scout, Roy Shivers, knew about me from my college coaches who told him “Solly is a baller.”

During the workout, Lions coach and GM Wally Buono walked up to me he said, “You move really well. We want you to come out again six weeks from now in Las Vegas.”

I don’t know too many players that have had to work out for the same team twice. I guess they just wanted to see how dedicated I was.

In between I worked out for the Winnipeg Blue Bombers, but they didn’t like what they saw.

I remember driving from Los Angeles to Las Vegas for that second camp. A few days later the Lions sent me a contract. 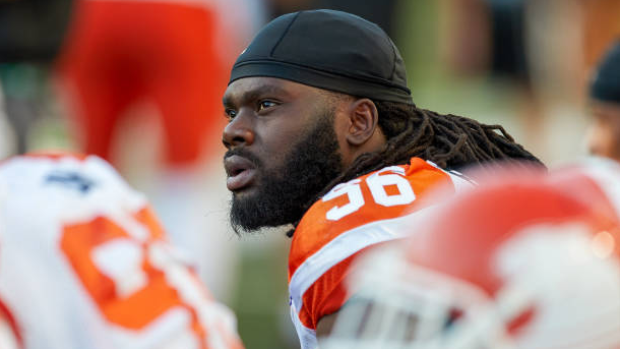 I got to British Columbia in the spring of 2010 to discover I was last on the depth chart. I said to myself “Here we go again.”

I had a strong camp but missed some time with a hamstring injury. I was still recovering before the second preseason game when Buono told our trainer that if I didn’t play I was going home.

He didn’t say it to me, he said it to the trainer right in front of me.

I played in that preseason game and made the team. I quickly found my groove when the season began and never looked back, winning CFL Rookie of the Year.

But what was really instrumental about that season is that it was my last chance and I had seized my opportunity.

Four years later, I was able to do something no CFL defensive player had ever done: be named the league’s Most Outstanding Player.

My motivation that season came after from finding out during the off-season that I was on the trade block. Wally doubted I could stay healthy for an 18-game season. He told me a trade was a possibility, but coach (Mike) Benevides saved me and wanted to build a defence around me.

Well, give me some motivation and I can do some great things. Everything came together that year. I had something to prove, I was healthy, and had tremendous support around me – both on and off the field.

I’ll be honest, when it comes to Wally Buono: for the first five years I couldn’t stand the guy. But he knew how to push me. He’s one of the greatest people I’ve had in my life. I have a lot of respect for the stability and the culture he built that allowed players like me to thrive.

While I will always be a BC Lion, my one year in Saskatchewan under GM Jeremy O’Day and head coach Craig Dickenson allowed me to experience the CFL's most distinct culture. I’m forever grateful for the opportunity they granted me upon leaving B.C.​

I’ve always felt like I was meant to play in the CFL.

British Columbia will remain my home and Vancouver is my community. I’m finishing my Canadian Securities Certificate and plan to work in the capital markets.

That excites me, as does my work as the president of the CFL Players Association, where it’s my job to stand up for the players.

This is a great league with what I believe is untapped potential – one that has given me so much and allowed me to meet so many great people.

It’s been a blessing and I thank God I was able to play in Canada and discover the CFL.