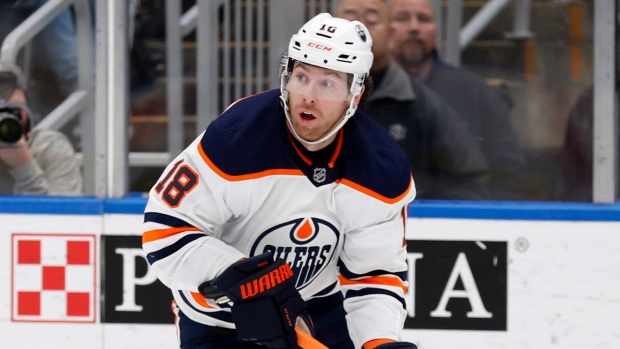 Neal, 34, posted five goals and 10 points in 29 games with the Edmonton Oilers last season. He was bought out by the Oilers in July with two years left on his contract at a cap hit of $5.75 million.

The Whitby, Ont., native is a veteran of 13 NHL seasons, including stints with the Dallas Stars, Pittsburgh Penguins, Nashville Predators, Vegas Golden Knights, Calgary Flames and Oilers. He has 294 goals and 555 points in 850 career NHL games.