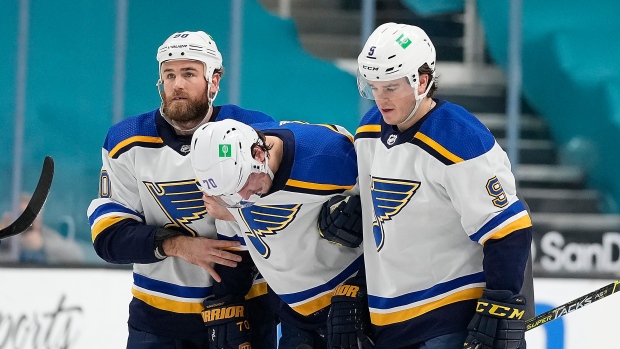 St. Louis Blues forward Oskar Sundqvist will miss the remainder of the season because of a torn ACL in his left knee, it was announced Saturday.

He suffered the injury in Friday night's matchup with the San Jose Sharks. Blues general manager Doug Armstrong told reporters that Sundqvist will require surgery and will be re-evaluated for next season in training camp.

"It's a tough loss, for sure. We're going to miss him… Everybody just has to pick up the slack, that's all you can do. It's unfortunate. It's tough news for Sunny and us, obviously," head coach Craig Berube told reporters Saturday.

The 26-year-old had four goals and five assists in 28 games this season.

St. Louis went on to win Friday night's contest 2-1 on a shootout goal from Vladimir Tarasenko.