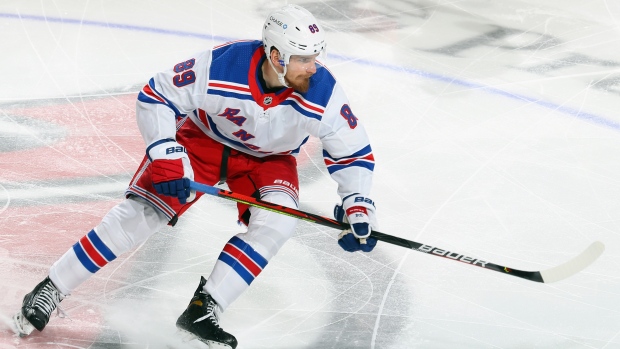 The St. Louis Blues have agree to terms with forward Pavel Buchnevich on a four-year, $23.2 million contract, the team announced on Tuesday.

Pavel Buchnevich, who was acquired Friday, has agreed to terms on a four-year contract. #stlblues

The Blue acquired Buchnevich from the New York Rangers on Friday in exchange for Sammy Blais and a second-round pick in the 2022 NHL Draft.

Buchnevich appeared in 54 games last season for the Rangers and posted 20 goals and 28 assists.