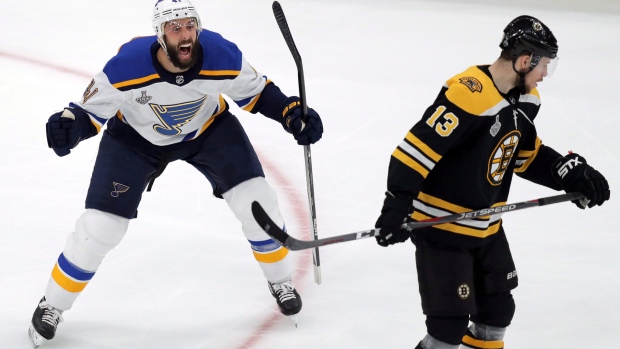 The 32-year-old has one goal and three points in 37 games this season.

Acquired by the Blues via trade from the Pittsburgh Penguins in 2015, Bortuzzo has spent the past eight seasons with the Blues and won the Stanley Cup with the team in 2019.

Over 11 NHL seasons, Bortuzzo has posted 18 goals and 66 points in 454 regular-season games.