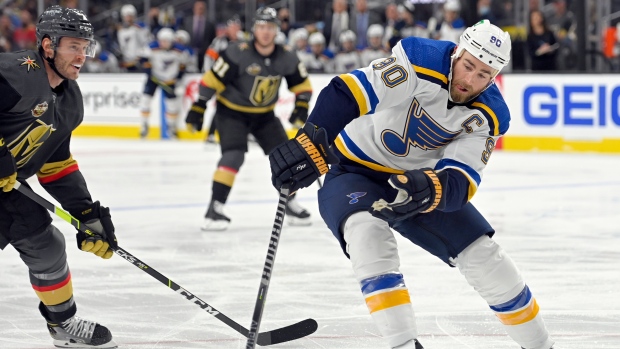 Head coach Craig Berube said O'Reilly will be out at least 10 days, while the team does not have a timeline for Saad as of yet.

Berube said O'Reilly is out at least 10 days. He's not sure on Saad yet. #stlblues

With the two forwards sidelined, the Blues recalled Dakota Joshua from the AHL's  Springfield Thunderbirds.

O'Reilly, 30, has two goals and five points in five games this season, including an assist in the team's win over the Los Angeles Kings Monday.

Saad, who has missed the team's past two games, has one goal and one assist in three games this season, his first with the Blues.

St. Louis (5-0-0) is one of four undefeated teams in the NHL. The Blues are scheduled to host the Colorado Avalanche on Thursday.