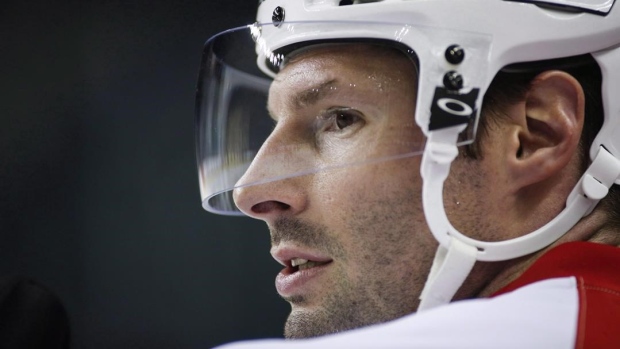 Troy Brouwer and Jamie McGinn will join the Blues this week on professional tryouts. https://t.co/LtFJMp2Chz #stlblues

Brouwer spent training camp with the Florida Panthers before being released on Sept. 25, while McGinn appeared in two games earlier this season on a tryout with the AHL's Charlotte Checkers.

"It's an experienced League, and we just wanted to see if there are any experienced players that can help us," Blues general manager Doug Armstrong said. "With our depth down in the American Hockey League, we're really excited about the way (Nathan) Walker is playing, and (Klim) Kostin and (Jordan) Kyrou, but again, if you look at their experience, it's not there. We don't want to get in a situation where we have 11 or 12 players without experience (on the roster).

"There are no guarantees for Jamie or for Troy, but we're going to take a look at them."

A seventh-round pick of the Chicago Blackhawks in 2004, Brouwer has spent time with the Blackhawks, Washington Capitals, St. Louis Blues, Calgary Flames and Panthers during his career.

A second-round draft pick of the San Jose Sharks in 2006, McGinn has 117 goals and 220 points in 617 career games with the Sharks, Colorado Avalanche, Buffalo Sabres, Anaheim Ducks, Arizona Coyotes and Panthers.

The Blues sit first in the Central Division with a 12-3-3 record this season.