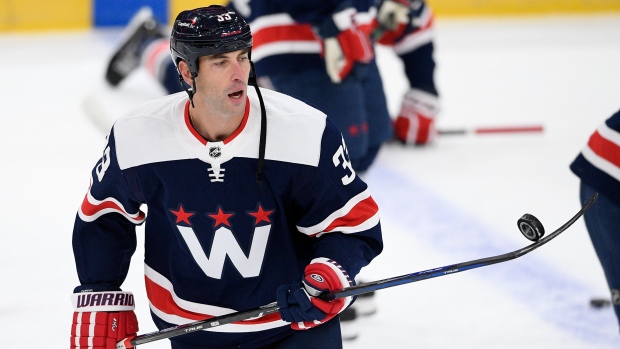 Rutherford notes the Blues also showed interest in Chara last year before the 44-year-old signed with the Washington Capitals.

A veteran of 23 NHL seasons, Chara is yet to decide whether to play the 2021-22 season. His agent, Matt Keator, said in July he would take his time before committing to a decision.

"Z is in Slovakia spending time with family," Keator told TSN Hockey Insider Pierre LeBrun.  "He is working out hard and leaving all of his options open. There is no rush on anything with him."

Chara posted two goals and 10 points in 55 games with the Capitals this season and was without a point in five postseason games.

A Stanley Cup champion as captain of the Boston Bruins in 2011, Chara is a veteran of 1,608 career NHL games.