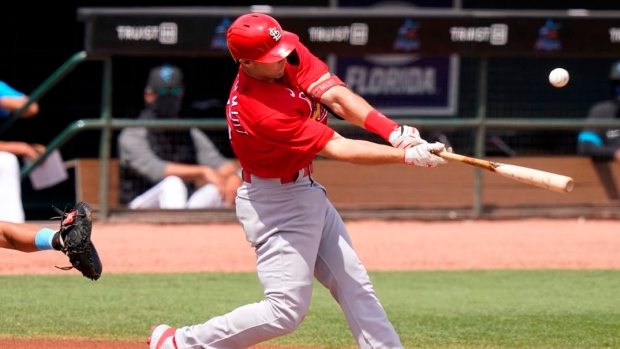 ST. LOUIS — Cardinals first baseman Paul Goldschmidt was not in the starting lineup against Milwaukee on Thursday because of lower back tightness.

St. Louis said the move was made for precautionary reasons.

The 33-year-old, starting his third season with the Cardinals, is batting .308 with no homers and two RBIs in 26 at-bats through the first six games.

Goldschmidt was a six-time All-Star with Arizona before he was acquired by the Cardinals.