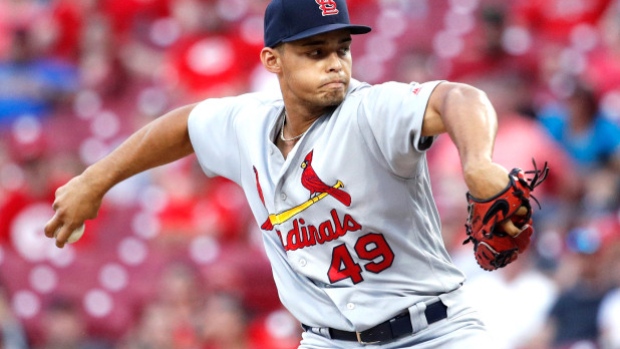 Jordan Hicks has opted out of the 2020 season, citing pre-existing health concerns. pic.twitter.com/WjNhHaDqHy

The Cardinals released a statement saying they "respect and understand" Hicks' decision.

Mark Saxson of The Athletic notes that Hicks will still be paid for the 2020 season because his opt out falls under a pre-existing medical condition.

Hicks is currently on the 60-day injured list and missed most of last season after having Tommy John surgery a little more than one year ago. In the 29 games he was able to pitch in, Hicks was electric, pitching to a 3.14 ERA while averaging over a strikeout an inning and topping out at well over 100 MPH on his fastball.

The 23-year-old made his big league debut in March of 2018 and quickly ascended to become one of the more exciting arms in the league because of his triple-digit velocity.

The Houston native was selected in the third round of the 2015 MLB Draft.

Hicks joins several prominent players including David Price, Ryan Zimmerman, Ian Desmond and many others to opt out of the 2020 MLB season for various reasons. Opening Day is scheduled to take place on July 23 with the Washington Nationals taking on the New York Yankees in D.C.