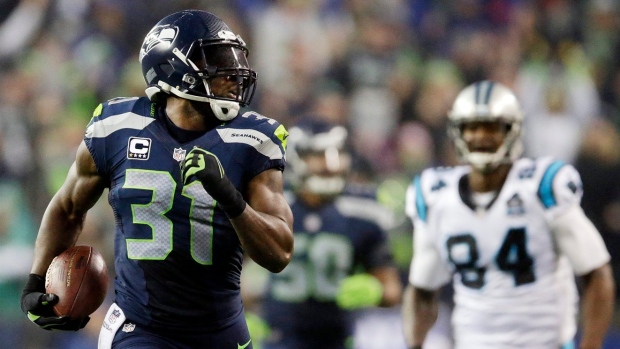 RENTON, Wash. - After nearly eight weeks of being absent and losing out on potentially more than $2 million, Kam Chancellor returned to the Seattle Seahawks on Wednesday.

His holdout is over and the menacing presence of No. 31 could be back on the field for Seattle as early as Sunday.

"I just feel like the time is now. I've always been a guy who follows my heart. Just watching my teammates and my team play, week to week, that first and second game, watching those losses hurt me, being the leader that I am," Chancellor said. "So I think the time is now to come back, put all business to the side and address that after the season, just get back to work."

Chancellor reported to the team's facility early Wednesday morning, ending a holdout that started when he missed the first day of training camp on July 31 and lingered through the 0-2 start to the regular season for the Seahawks, who lost to St. Louis and Green Bay.

Seattle will have a two-week roster exemption for Chancellor, but he must be added to the active 53-man roster at least 24 hours prior to kickoff to play either this Sunday against Chicago or Monday, Oct. 5, against Detroit.

Seattle coach Pete Carroll said the team is planning for Chancellor to play against Chicago, but said that would be assessed as the week goes on.

"He is an integral part of our communications and all of that, of course," Carroll said. "And he's better than anyone in the world at doing what he does for us. So there's always something that you miss, but that's well behind us and away we go."

At issue for Chancellor was his contract and having future money paid sooner. He signed a $28 million, four-year extension during the 2013 off-season but that did not take effect until a year later. The Seahawks refused to budge on restructuring a contract that had so much time remaining, believing it would lead to a stream of players seeking new deals in the early stages of their contracts.

Chancellor said he considered holding out for the entire year. He was in Los Angeles on Tuesday when he decided it was time to end the holdout and he flew to Seattle that night.

"That was between me and business and I would rather address that and handle that after the season when the time is permitted," Chancellor said. "Right now, it's back to playing football."

Chancellor's agent, Alvin Keels, posted on Twitter that he was glad to see Chancellor back at work and, "The business side of the sport sucks at times. Some will understand it most won't!"

It's still unclear how much Chancellor will lose financially. He's missed two game checks worth more than $500,000 that he can't recoup. If Seattle enforces all of the possible fines, the total lost rises to more than $2 million.

Carroll said the team would not disclose any financial information.

"I'm not going to talk about anything about any of the business of it. You'll get nothing from us," he said.

Seattle started Dion Bailey at strong safety in the opener then switched the lineup and went with DeShawn Shead against Green Bay. Bailey was beaten for a late touchdown against the Rams that tied the game and forced overtime, while Shead was used because of Green Bay's passing offence.

Chancellor's return was being universally welcomed in the Seattle locker room, with teammates indicating they understand the business aspect of the situation.

"Not everybody has to explain the business side of it," linebacker Bobby Wagner said. "Our job is just as his brothers to welcome him back in and get him going."