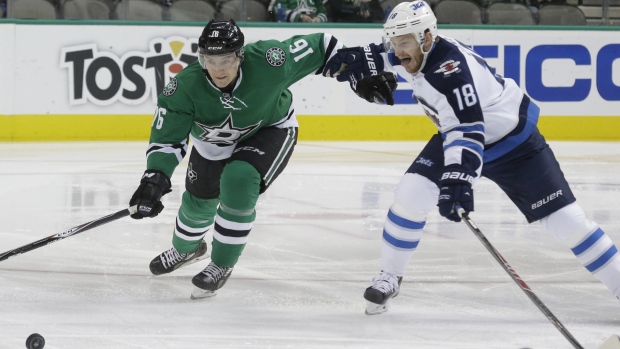 The incident happened in the Stars 5-2 loss to the Jets on Tuesday night.

The suspension is Garbutt's second of the season, he received a two-game ban on Nov. 25 for kneeing Edmonton's Taylor Hall.

There have been 13 suspensions in the NHL so far this season for on-ice incidents.