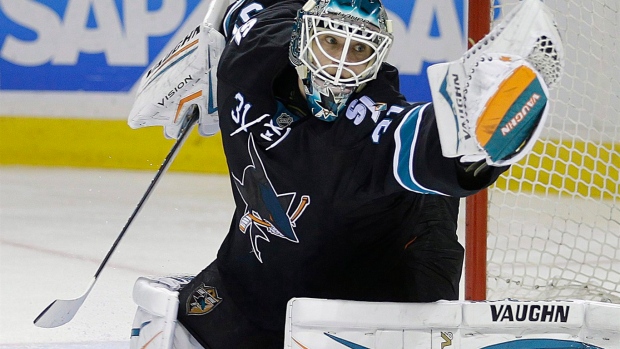 The Dallas Stars have signed goaltender Antti Niemi to a three-year contract worth an average annual value of $4.5 million.

Dallas acquired Niemi's negotiating rights on Saturday from the Sharks in exchange for a seventh-round draft pick.

The Finnish netminder has appeared in 338 career NHL games with the Sharks and Chicago Blackhawks, posting a 190-100-40 record with a .916 save percentage and a 2.39 GAA.

Niemi was the starting netminder for the Blackhawks 2010 Stanley Cup-winning team but was let go by the team when it walked away from his $2.75 million salary arbitration award. He instead signed a one-year deal with the Sharks for 2010-11 and extended his deal with the Sharks for the following four seasons at an average annual value of $3.8 million.

He also won a bronze medal at the 2014 Olympic Games, despite not seeing any ice-time with the Finnish team.