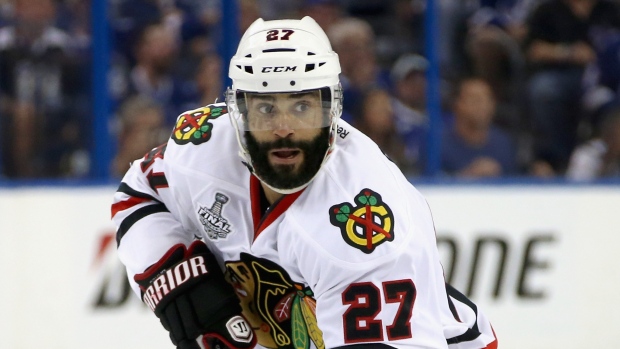 DALLAS - Johnny Oduya watch is over.

The veteran defenceman has signed a US$7.5-million, two-year contract with the Dallas Stars.

The two-time Stanley Cup-winner with the Chicago Blackhawks was considered among the best free agents available.

Dallas traded Daley to the Blackhawks in the Patrick Sharp deal.

"Johnny is a steady, veteran presence on the blue line and he'll complement our group nicely," Stars general manager Jim Nill said. "He has achieved a great deal of success, winning the Stanley Cup twice, and his championship-mentality will be valuable in our room."