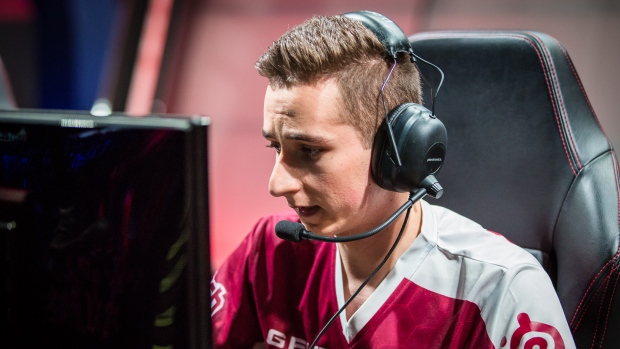 After just a week without a home, Pierre “Steeelback” Medjaldi has joined Team Vitality, the organization announced Wednesday.

The AD carry left Team ROCCAT a week ago after a last-place finish in the European League Championship Series Summer Split. Steeelback emerged as one of the more consistent members of the team, but his performances couldn’t lift ROCCAT (2-6-10) out of the basement.

ROCCAT retained its position in the EU LCS with a win over Schalke in the promotion tournament.

"I'm both happy and excited to join Team Vitality," Steeelback said in a press release. "Following a disappointing season, I want more than ever to be part of 2017 World Championship and I feel it's something that I might be able to do here. Also, even if it didn't really impacted my choice, it would be fantastic to offer to french supporters the first participation of an organization from our country in World Championship since creation of LCS."

Vitality is the third team Steeelback will compete for in 2016 after less than five months with ROCCAT and the spring split playing for Unicorns of Love.

After finishing third in the regular season of the spring split, Vitality was upset in the opening round of the playoffs by Fnatic. The disappointing finish carried over into the sammer and the team stumbled to a seventh-place finish and no playoff appearance.

Vitality says the signing is awaiting approval from Riot, but remain excited about the addition of Steeelback

"Steeelback showed great interest in our project and we're really happy to be working with him from now on. Even if the 2016 season isn't over yet, we're already working on 2017 season and we really want to have the best chance of success," Vitality owner Fabien "Neo" Devide said in the release.

"After the Summer Split failure, we're more than ever driven by the desire of attending World Championship next year. Pierre shares our vision and objectives and we're sure that he will do everything he can to help the team achieve that performance.”