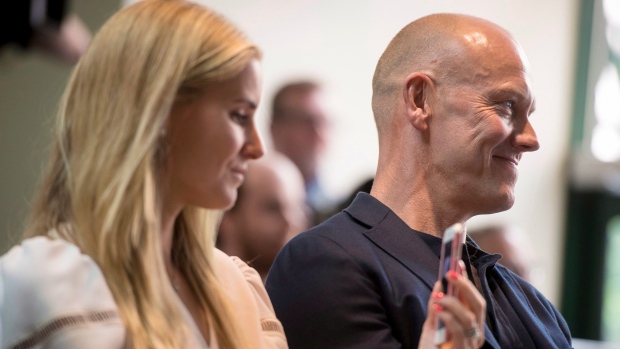 The Toronto Maple Leafs have been without a captain since they dealt defenceman Dion Phaneuf to the Ottawa Senators in February of 2016.

The position has remained vacant for two seasons, just as it did after one of the greatest players ever to wear the “C” in Toronto, Mats Sundin, left for the Vancouver Canucks prior to the 2008-09 season.

Mats Sundin is at SickKids Hospital today, where he has chosen to have his #Leafs banner hang. Was very touched by visits to SickKids during his tenure in Toronto pic.twitter.com/MgwzfASnoo

With 2016 first-overall pick Auston Matthews now in the fold, many are agitating for him to be the next player to be handed the captaincy in Toronto.

Sundin, who was at SickKids Hospital on Monday where his retired number banner will now be displayed, believes it’s more important to have the right people on your team than it is to worry about what they have sewn into their jersey.

“I think leadership is important; the letter on your sweater is just a letter,” Sundin said.  “You look at the great teams that are winning championships, doesn’t matter which sport, I think you need to have good leadership from management, coaches and in the dressing room and that comes in different ways.  I don’t think you win without having good leaders in the room, so I think it’s important.”

When the Leafs eventually do choose a player to succeed Phaneuf, Sundin, from his own experience, says that person has a difficult but fulfilling role ahead of them.

“I enjoyed it, but it is a burden,” Sundin said.  “Toronto has done a great job in building a young team, but it is a tough city to be a young team.  There is so much interest in the franchise and how the team is doing and at the same time so much media pressure that adds on to that. It’s a different situation than most other cities in the National Hockey League.”

The 47-year-old is impressed with the way Brendan Shanahan and the front office have rebuilt and remade the Maple Leafs into a team of youth and skill.

“Management has done a great job building the team and building the organization the way it’s supposed to be done with lots of young players,” Sundin said.   “You see the Marlies in the Calder Cup final and on the roster the best players are young – 20, 22, 23-years-old.  If you keep building like that and adding on, you have the chance to be a great team for a very long time.”

For Sundin, having his banner at SickKids Hospital was an easy choice and the first place he thought of when asked where he’d like it to hang. 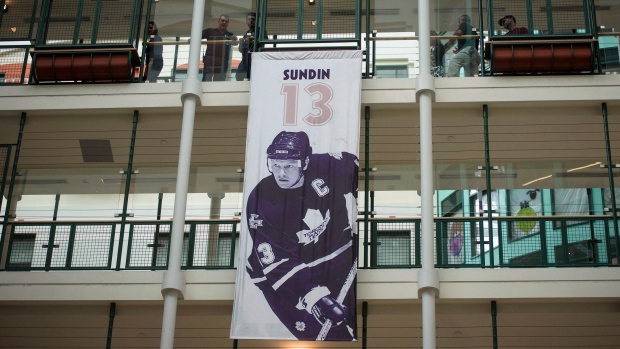 “This place affected me, it really puts everything in perspective when you’re in the middle of your career and you think hockey is the most important thing,” Sundin said.  “You come here and you understand what real courage is and you get a reality check on life."