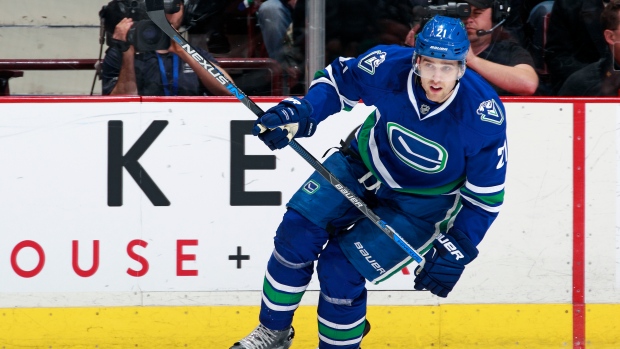 Vancouver Canucks forward Brandon Sutter suffered a separated shoulder in the team's win over the Minnesota Wild Monday, according to TSN's Farhan Lalji.

Sutter was injured when he crashed into the boards while clearing a puck on the penalty kill in the second period. He was slow to get up and was holding his arm.

"Well he's hurt," Green said of Sutter after the game per TSN's Farhan Lalji. "And it's not day to day. Weeks."

Through 12 games this season Sutter has three goals and an assist for the Canucks.