Button: With 'peewee performance', the Habs have given the Flames oxygen

The Calgary Flames pulled to within three points of the Montreal Canadiens in the race for the final North Division playoff spot with their 4-1 win when the two teams played each other on Wednesday.

Though the Canadiens have three games in hand on Calgary, centre Nick Suzuki pushed the team to have urgency as they look to hold their position.

"We're fighting for the playoff spot too," Suzuki said. "They're right behind us and these games coming up are going to be huge.

"We really need to be desperate if we want to be in that playoff run." 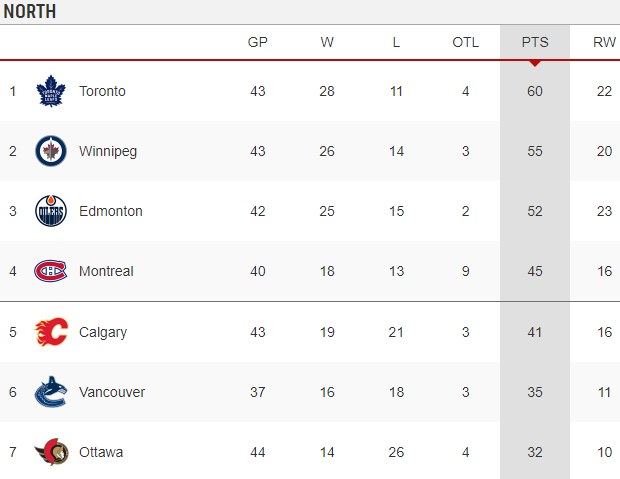 Montreal is just 1-4 in their past five games, while the Flames have picked up three straight wins after a four-game skid. The two teams will meet again Friday as they play four more times over the next 12 days, with their final meeting of the regular season set for April 26. The Flames are 4-1 against Montreal so far this season.

"We have some ground to make up," Flames defenceman Noah Hanifin said Wednesday.

"This division, you're going to get those head-to-head games where you can really climb back in and this is the team we're chasing. We know how important these games are."