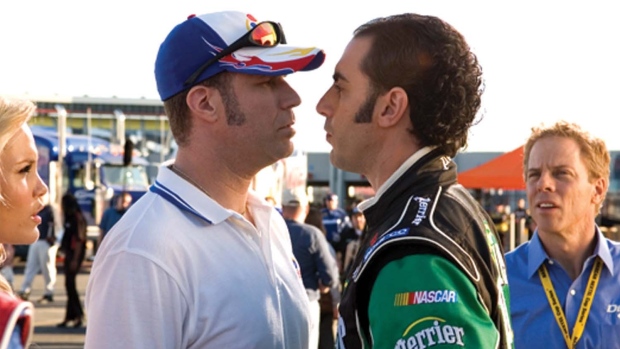 As part of out NASCAR-themed night on TSN2, enjoy 'Talladega Nights: The Ballad of Ricky Bobby,' tonight at 8pm et/5pm pt on TSN2, the TSN App and TSN Direct.

TSN2's NASCAR coverage kicks off with an encore of the of the 1000Bulbs.com 500 from Talladega Speedway starting at 4pmet/1pm pt, as well as the premiere of the eNASCAR iRacing Pro Invitational Series - Homestead-Miami at 10pm et/7pm pt.

And sandwiched in between is a bit of "Shake and Bake!"

Will Farrell stars in this 2006 comedy as Ricky Bobby, born in the backseat of a racing car because his father (Gary Cole) accidently missed the turnoff for the hospital because he drove too fast. Alongside his best friend and teammate Cal (John C. Reilly) Ricky becomes a great NASCAR driver, but is soon challenged by French Formula One driver Jean Girard (Sasha Baron Cohen) and Ricky's life is turned upside down.