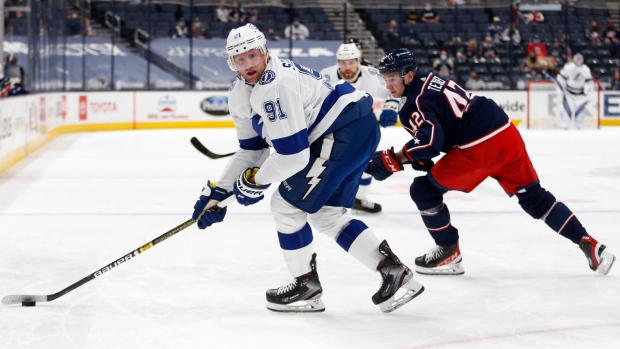 The Tampa Bay Lightning have placed forward Steven Stamkos on the long-term injured reserve list because of a lower-body injury.

Steven Stamkos is on LTI with a lower-body injury. Will miss at least 10 games/24 days retroactive to his last game. #Bolts

Stamkos will miss at least 10 games or 24 days retroactive to his last game, meaning he cannot return before the first weekend of May.

Stamkos last appeared in a game on April 4, scoring one goal in a 6-4 victory over the Columbus Blue Jackets where he played nearly 12 minutes.

The team has not said if the lower-body ailment is related to the core muscle surgeries he had last season.

Stamkos has 18 goals and 17 assists in 39 games so far this season.