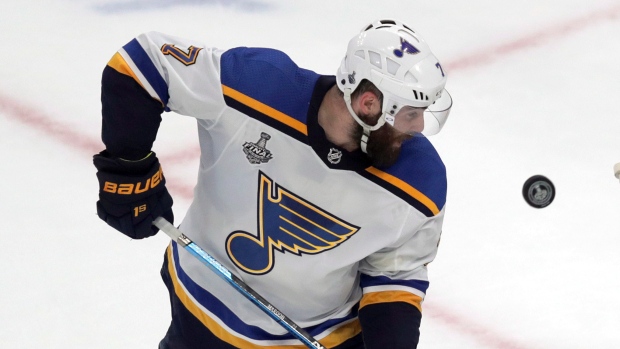 The Tampa Bay Lightning have signed forward Pat Maroon to a one-year contract worth $900,000, the team announced Saturday.

The 31-year-old posted 10 goals and 28 points in 74 regular season games with the St. Louis Blues this past season. Maroon added three goals and four assists in 26 playoff games to help the Blues win their first ever Stanley Cup.

After starting the 2017-18 season with the Edmonton Oilers, Maroon was traded to the New Jersey Devils in February for J.D. Dudek and a third-round pick. Maroon was originally selected 161st overall in the sixth round of the 2007 NHL Draft by the Anaheim Ducks.

Maroon is coming off a one-year $1.75 million contract.