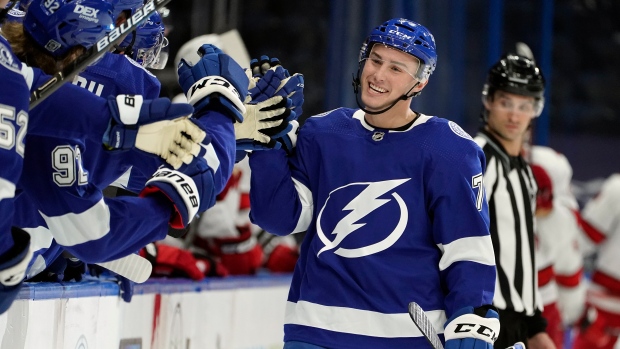 The deal pays $1.125 million per season. Colton and the Lightning had been scheduled for a salary arbitration hearing next Monday.

Colton, 24, debuted on Feb. 24 for the Lightning and scored nine goals and three assists in 30 regular season games.

The rookie added four goals in the playoffs, including the only one in Tampa Bay's 1-0 clinching win over the Montreal Canadiens in Game 5 of the Stanley Cup Final.

Colton was Tampa's fourth-round pick in the 2016 NHL Draft.