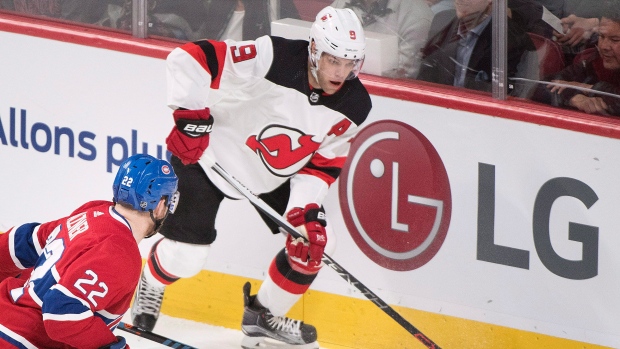 According to TSN Hockey Insider Darren Dreger, Taylor Hall and the New Jersey Devils appear to be making progress towards a contract extension.

"Well, Taylor Hall’s agent, Darren Ferris, met with Devils general manager Ray Shero over the weekend and it sounds like they’re making some traction here," Dreger said on Insider Trading. "Now, you have to keep in mind that is coming off a significant injury. He loved the way he was treated by the Devils organization – very professional from start to finish. He likes what Shero has done in the changes that he’s made to the lineup of the New Jersey Devils.

"So it’s one of those situations. It could happen sooner than later, which is saying a lot considering that he’s in the final year of his contract."

Both Shero and Ferris denied a report in June that suggested Hall wasn’t interested in signing a contract extension with the team. The 2018 Hart Trophy winner is currently scheduled to be a free agent next summer and carries a $6 million cap hit for this season on the seven-year deal he signed with the Edmonton Oilers in 2012.

Hall did not play again last season after Dec. 23 and underwent arthroscopic surgery on his left knee in late February. Prior to the injury, Hall had 11 goals and 37 points in 33 games, keeping up his more than a point-a-game pace for 2017-18.

The 27-year-old made his preseason debut on Friday against the New York Rangers, posting a goal and an assist in the Devils' 4-2 win.

"I felt pretty good," Hall told NHL.com of his return. "There wasn't a whole lot of flow to the game at certain points, but it was a lot of fun to be out there and (to) have some success right off the bat was a good feeling. It's kind of the way you'd want to draw it up if you were coming back."

The Devils will open their regular season on Oct. 4 against the Winnipeg Jets.