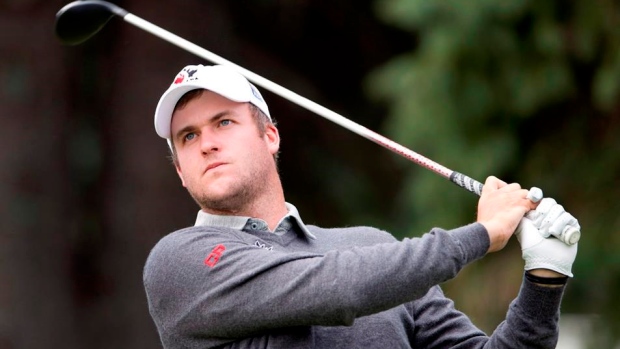 After a week of grinding out rounds on the exceptionally difficult Winged Foot golf course, Taylor Pendrith was allowed to boast a bit.

"I played awesome," said the Richmond Hill, Ont., native after putting together one of the best rounds of Sunday’s final round, an even-par 70.

Pendrith, who ended the tournament as the low Canadian, made three bogeys and three birdies, including one at the tough 18th hole, to finish his first major championship on a high note.

"Felt like I was in the fairway, especially more than yesterday," said the 29-year-old. "I was able to hit a lot of greens, my putting was great, my speed was good. I didn’t have a three-putt. I just hit it to the centre of the green and two-putted up the hill. I was trying to make as many pars as possible."

Officially, Pendrith only hit five fairways, one more than Saturday, but he added four that were in the first cut, allowing him to play an aggressive second shot to the green, rather than a chop out to the fairway.

The distance he hit those tee shots was jaw-dropping, even by PGA Tour standards. On the ninth hole, he mashed his ball 372 yards allowing him to use a wedge to reach the 556-yard hole. For the week, he finished third in driving distance.

But Pendrith is about more than the long ball. He showed his silky short game in the closing holes, dropping a slippery six-footer on 17 for a bogey, and then on 18 where he rolled in a short putt for birdie.

"I was just in the rough and I was able hit it to four or five feet and make the putt," he said. "Bit [of a] confidence boost finishing with a birdie. A good finish to the week."

His even-par round was bettered by only one player, Bryson DeChambeau. His efforts were rewarded with a cheque for $101,797.

The finish continued what has been a tremendous run for Pendrith, who has battled injuries throughout his career. Last season he won two events on the Mackenzie Tour-PGA Tour Canada to graduate to the Korn Ferry Tour. He battled injuries in the early part of this season and may have been one of the few people to welcome golf’s shutdown as it allowed his body time to heal. When play resumed, his game was sharp and he rolled out a stretch of three consecutive runner-up finishes. That got him into the top-five on the points list, which gave him a spot in the U.S. Open.

"This year I’ve been playing some really nice golf and I have tons of confidence," stated Pendrith, who roomed with Corey Conners when the two attended Kent State. "I just came into this week and tried not to get caught up in everything. I earned my way here and there’s no reason why I couldn’t play well. So just to make the cut was awesome and have a pretty good weekend, especially today’s round, in the wind and tough pins was great. Overall an awesome experience for a first major and can’t be happier."

Pendrith has two items inked into his calendar. The first is the resumption of the Korn Ferry Tour, which has three more tournaments left on its schedule. Due to the pandemic, there’s no promotion to the PGA Tour for the top finishers like in a normal year. No matter where he finishes, he’ll be back on the secondary circuit for another year.

The second is to head back to Canada to reunite with his fiancée Meg Beirnes. Due to border regulations, the two haven’t been together since May.

"I’ll be coming home as soon as I can," he said. "I haven’t been home since May. I don’t know if I’ll be flying or driving but I’ll be leaving the day after the tournament."

Pendrith has never doubted that he has the game to play with the world’s best but this past week just solidified it. One major is likely to turn into many more. This is just the start of what should be a great climb up golf’s ladder.