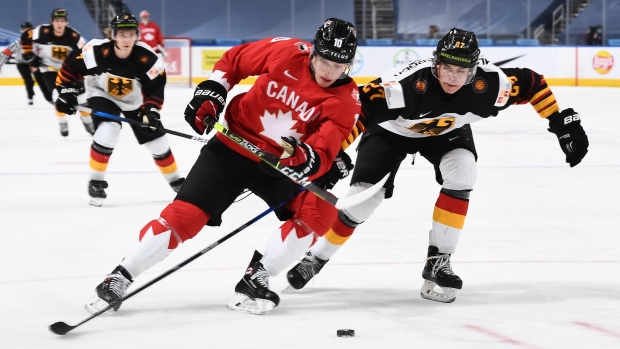 Team Canada will not have forward Dylan Holloway in the lineup due to an upper-body injury when they take on Slovakia in their second preliminary match at the 2021 IIHF World Juniors.

Holloway (EDM) is now out of the Team CAN 🇨🇦 lineup today.

TSN's Bob McKenzie reported that while Holloway was not listed Team Canada's lineup for the game, he was told that the forward would try to give it a go during warmup.

McKenzie confirmed just 25 minutes before the teams took the ice for warmup that Holloway is indeed out.

Holloway had one assists and record 15:55 of ice time in Canada's 16-2 victory over Team Germany on Saturday.