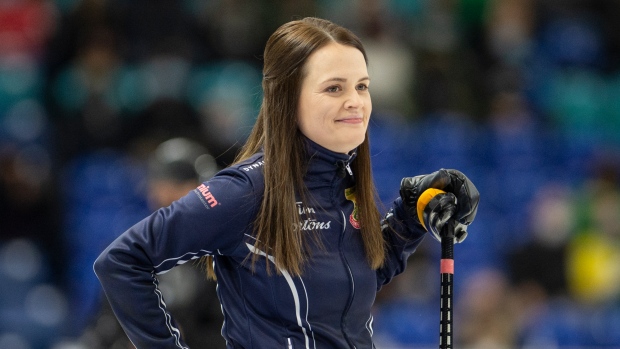 The blockbusters in the curling world aren't nearly done yet.

Tracy Fleury is the newest member of Team Rachel Homan starting in the 2022-23 season, the team revealed on Coolbet's betting podcast Friday night.

Starting the 2022/23 season we are so incredibly excited to have Tracy Fleury join the team! But how exactly will the rest of the team lineup look next season? You’ll just have to wait to find out!

Fleury, who has skipped a Manitoba-based team for the past four seasons, joins Homan, Emma Miskew and Sarah Wilkes. They will continue to play out of Ontario. A spot on Team Homan opened up after lead Joanne Courtney announced in February she was taking a break from competitive curling at the conclusion of the season.

“I can’t tell you how excited I am for Tracy to join our team,” said Homan in a release. “We have battled on the ice for years, and I have always respected her game. She’s an absolute competitor and to have Tracy join us brings even more experience to our team. I can’t wait to compete with Tracy and the team next season.”

The 35-year-old Fleury, who lives in Sudbury, Ont., has competed in five Scotties Tournament of Hearts and was a finalist at November's Tim Hortons Curling Trials, falling to Team Jennifer Jones in an extra end heartbreaker. Team Fleury are one of a number of teams who have already announced that they will be disbanding at season's end.

“To get the call to join Rachel, Emma and Sarah was an opportunity that I could not turn down,” said Fleury. “This team has been on top for years, and I am so grateful to play with these ladies for the next quadrennial and represent Ontario.”

Team Homan confirmed that Miskew and Wilkes will play the front end positions next season, but have not decided the shooting order for Homan and Fleury in their back end positions.

“Emma and I have played together for two decades, and to have her be there right before I throw my rocks is going to be incredible,” said Homan. “Emma and Sarah are really good sweepers and I think they’ll be a great front end together.”

Follow all of the curling roster moves with TSN.ca's roster tracker.