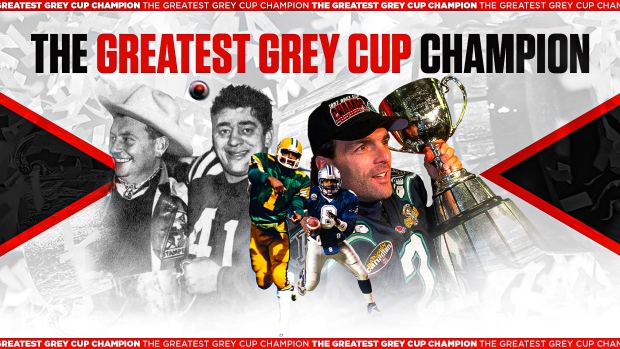 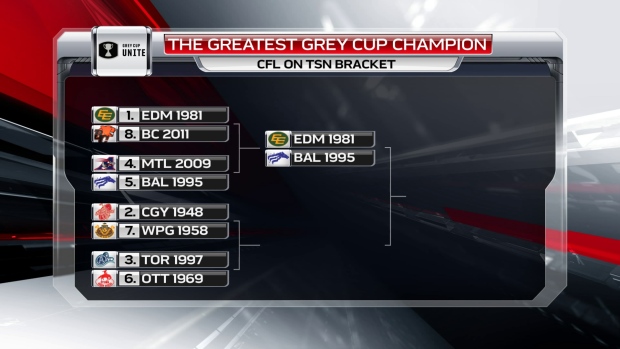 The crown jewel of Edmonton's five-consecutive-Grey-Cups dynasty against the CFL's greatest American team.

WHY EDMONTON BEAT BC

Travis Lulay, Andrew Harris and Geroy Simon would cause problems for any team, especially when enjoying the kind of momentum they had heading into the 99th Grey Cup. But Warren Moon and the Edmonton Football Team proved time and again they could find ways to win when it mattered most in 1981. The BC secondary trio of Korey Banks, Dante Marsh and Ryan Phillips are legendary, but on his side, Moon had hall-of-fame receiving weapons Brian Kelly and Tom Scott, as well as legendary Canadian running back and Neil Lumdsen and his back-field partner Jim Germany. These 2011 BC Lions will always be great, but our TSN experts are confident Edmonton would win.

The 1995 Baltimore Stallions against the 2009 Alouettes is literally a best-on-best match of two juggernauts. Anthony Calvillo was in his prime in 2009, ripping defences apart with receivers Jamel Richardson, Ben Cahoon and a young S.J. Green. On the defensive side of the ball, 27-year-old John Bowman was at the beginning of his prime as one of the CFL’s most threatening defensive ends. But our TSN experts know the Stallions were just too good. Baltimore quarterback Tracy Ham could use his arm or his legs to shred defences. And if Ham couldn’t beat opponents on his own, 1995 all-star running back Mike Pringle and slotback Chris Armstrong helped out. And Stallions’ defensive end Elfrid Payton and linebackers O.J. Brigance and Tracy Gravely would cause fits for even the great Calvillo. The 13th man wouldn’t be able to save the Alouettes this time. 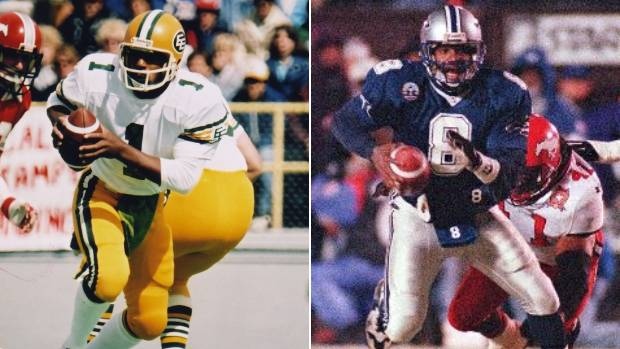 WHY THIS MATCHUP MATTERS

Moon vs. Ham – it’s as simple as that. It’s not just their arm strength and their ability to run around, or through, defenders, it’s their brain power. Both CFL Hall of Famers would send opponents spinning with split-second adjustments.

Edmonton’s .906 winning percentage is the best in a 16-plus game schedule in CFL history. Meanwhile, in 1995, the Stallions were an incredible 9-1 in one-possession games (8 points or fewer).