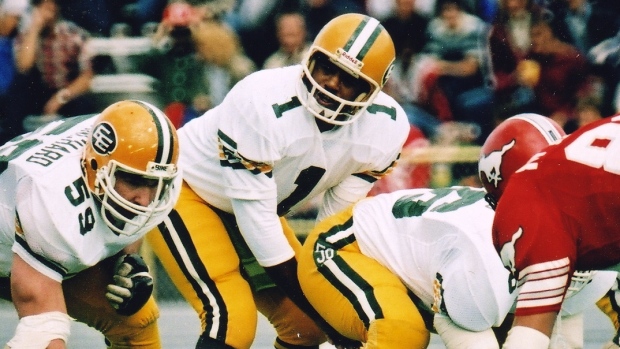 Edmonton ruled Canadian football between 1978 and 1982, which makes it hard to elevate just one team during the franchise’s five years of Grey Cup superiority. But the 1981 team is the crown jewel of a dynasty; something a little more special than the rest. Each of Edmonton’s 14 wins in 1981 were by 10 or more points. Edmonton was a perfect 9-0 at Commonwealth Stadium, including playoff games. And when crushing opponents outright became an effortless task, Edmonton chose a harder road to victory in the 69th Grey Cup. Down 20-1 to the underdog Ottawa Rough Riders at halftime, Warren Moon led Edmonton all the way back. Moon ran in two of Edmonton’s three second-half touchdowns, and then the quarterback marched his team down the field to set up Dave Cutler’s championship-winning field goal. 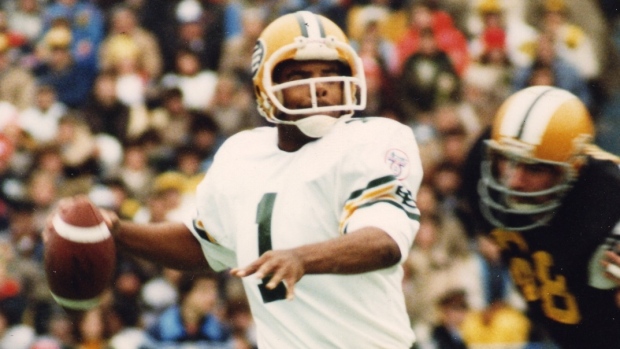 There will never be another quarterback like Moon. Consistently great on both sides of the border, he is the only starting quarterback, and the only player, to be enshrined in both the Canadian Football and Pro Football Hall of Fame. Moon was spectacular in 1981. He finished first in yards per passing attempt (10.5), first in completion percentage (62.7 per cent), and first in TD/INT ratio (2.25). And, crucially, with the game on the line and his team trailing by eight points or fewer, Moon was a perfect 5-0 in fourth-quarter comebacks.

The team name may now be consigned to history, but Edmonton’s greatness was never derived from its team name or its logo, but in the core of its incredible players. Dave Cutler, Ron Estay, Dave Fennell, Larry Highbaugh, Hank Ilesic, Brian Kelly, Dan Kepley, James Parker, Tom Scott, Tom Wilkinson, Moon and head coach Hugh Campbell all have their names written in glorious Green and Gold across the history of the CFL. The achievements of all 12 live forever in the Canadian Football Hall of Fame.