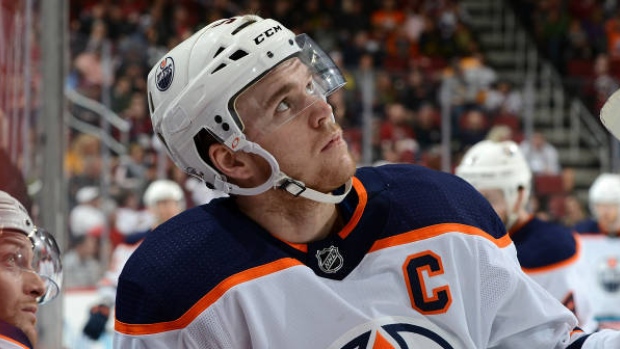 Connor McDavid can do many things. He cannot, however, play 60 minutes a night.

That’s one of the things the Edmonton Oilers have realized during this agonizing 2017-18 season. Nine months ago, there were discussions about how far this team could feasibly push into the postseason. Now, the discussion is how high of a pick they can grab at April’s draft lottery.

Edmonton has been a tale of two teams this season, not unlike their Alberta counterparts. The Oilers rarely have issues assembling a top line. Whoever plays with McDavid tends to see big spikes in production, and when that player moves away from McDavid their production slips.

That’s not strange in and of itself. We see the same types of trends in Pittsburgh with Sidney Crosby, in Washington with Alexander Ovechkin, and so on. Superstars tend to have a dramatic impact on the performance of their teammates. And when those teammates play with less talented forwards, expectations should change.

But the chasm in the Oilers performance when McDavid isn’t on the ice is massive. The players the organization strategically developed or targeted to bring into their system and complement McDavid have, as a group, failed.

One thing that’s particularly noticeable at 5-on-5 is that Oilers attackers simply can’t score goals without McDavid. This is true for both forwards and defencemen, which is interesting for a variety of reasons. One item is fundamentally clear – the Oilers, sans McDavid’s energy and playmaking skills, are punchless and ineffective.

Look at the distribution of goal scoring by positional group. For both forwards and defencemen, I took every skater who has played at least 30 minutes of hockey with McDavid during the 2017-18 season. I looked at that individual player’s goal-scoring rates when playing with McDavid, then looked at how that player scored goals with any centre not named McDavid. The drop-off is jarring: 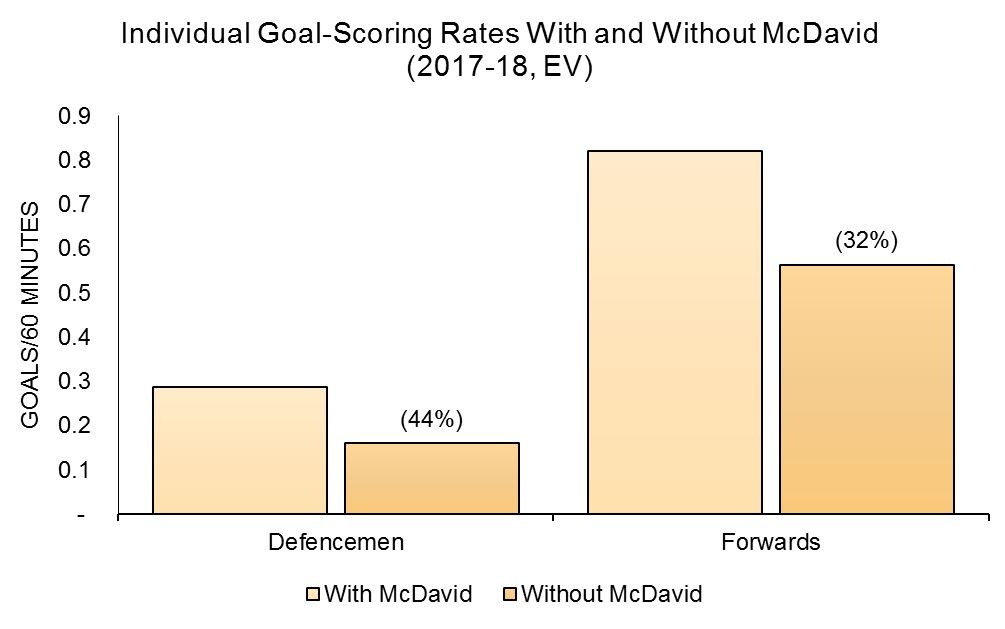 The defencemen group sees a 44 per cent reduction and the forwards a 42 per cent reduction in goal scoring when moved away from McDavid. And it’s not as if McDavid is taking them to astronomical goal-scoring rates. The average NHL forward scores about 0.7 goals per-60 minutes; the average NHL defenceman, about 0.2 goals per-60 minutes. The above graph would suggest that both of Edmonton’s skater groups are about 17 per cent worse than the league average goal scorer at their respective position, so long as they don’t have the opportunity to play with McDavid.

One thing I like doing when observing a trend like this is looking at the micro-level drivers. Here, we can analyze every single player’s goal-scoring variances with and without McDavid. Not surprisingly, the majority of skaters see their numbers drop. But the rate of which the drop exists for some of Edmonton’s higher-paid players is a problem: 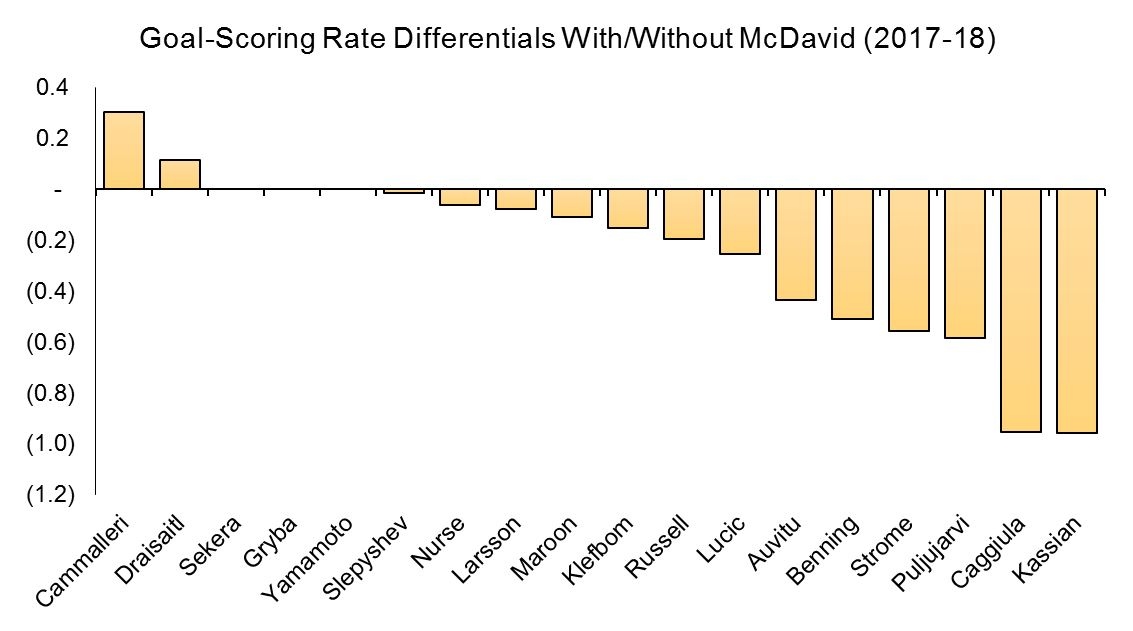 The one encouraging note here is that Leon Draisaitl appears to be a guy who can drive his own line. Draisaitl is one of the players Edmonton has committed to financially in a big way and despite the Oilers down year, he’s had a solid third NHL season.

Outside of Draisaitl there are problems all over the place. Ryan Strome has not been an impact player – certainly not to the extent of the player he replaced in Jordan Eberle. Milan Lucic struggles to play with McDavid to begin with, and when he moves down the lineup he becomes even more ineffective. And it’s probably fair to say that Drake Caggiula and Zack Kassian – albeit in a limited 200 minute collective sample – fit like a square peg in a round hole when playing on Edmonton’s top line.

Here’s the painful part: The Oilers cap situation gets more dire this summer. Draisaitl’s $8.5 million contract has already been triggered, but starting next year, McDavid’s $12.5 million contract kicks in. Combine those two contracts with Lucic’s $6 million deal, and you have already have more than one third of your cap space allocated to three players.

That doesn’t mean Chiarelli and company can’t fix this issue. Quality depth players are found in the off-season every year and come at a fraction of the cost of the above-referenced names. But Edmonton’s margin for error has been dramatically reduced going forward.

If they failed when they had plenty of financial wiggle room, one wonders how things will play out when cap space is at a premium.